Advocates urge Johnson & Johnson to correct its course and stop blocking entry of generic versions of bedaquiline into the global market and into countries. 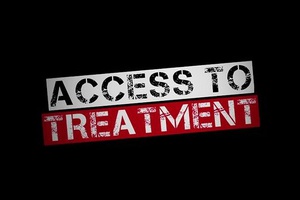 On 13 January 2023, a coalition of civil society activists, public health leaders, and researchers acting in solidarity with communities affected by TB sent an open letter to Johnson & Johnson sharing information about the 1/4/6x24 Campaign and requesting Johnson & Johnson’s urgent contribution to the Campaign through actions necessary to improve equitable access to bedaquiline.

The 1/4/6x24 Campaign’s name comes from its central demand: that countries and other duty bearers, including pharmaceutical companies, take action to improve access to the shortest available regimens – one month or once-weekly for TB prevention, four months for drug-sensitive TB, and six months for drug-resistant TB — by the end of 2024. Stellar medical developments in the form of newer drugs and regimens have the potential to bridge the unmet medical needs of people with TB — especially drug-resistant TB — which has a poor prognosis when older and less effective medicines/regimens are used. The newer regimens, particularly those containing bedaquiline (the “6” in the 1/4/6x24 Campaign), lead to faster cure and better treatment outcomes with fewer adverse effects.

In order to ensure that lifesaving bedaquiline is affordable and accessible in sufficient supply, and to help achieve the goals of 1/4/6x24 Campaign, the signatories urged Johnson & Johnson to correct its course and stop blocking entry of generic versions of the drug into the global market and into countries. “We urge Johnson & Johnson to commit that, in the interest of TB affected communities and public health, the company will not enforce the patent on the fumarate salt or any other versions of bedaquiline beyond the primary patent expiry in 2023. As part of nonenforcement, Johnson & Johnson should pledge to withdraw and abandon its secondary patent applications and those already granted, and not pursue any action against generic manufacturers who export bedaquiline from or to countries where secondary patents were granted.”

The signatories called on Johnson & Johnson to publicly announce before World TB Day, 24 March 2023, its commitment to withdraw and not enforce the fumarate salt patent claims and other secondary patents on bedaquiline, as part of its commitment to the goals of the 1/4/6x24 Campaign to ensure everyone with TB can benefit from access to the shortest, safest possible TB treatment regimens recommended by the World Health Organization.

The advocates requested a response to the letter by 31 January 2023.