Advocates demand that the Indian government take urgent action to ensure that every eligible person with TB has access to evidence-based, short-course treatment regimens. 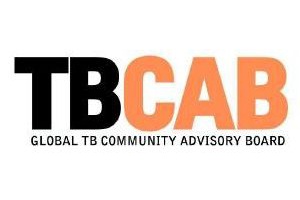 On 21 October 2022, the Global Tuberculosis Community Advisory Board (TB CAB) in close collaboration with patient groups and civil society organizations in solidarity with communities affected by TB in India sent an open letter to the Indian government appealing to them to make ‘urgent updates to the national guidelines for the prevention, treatment, care and control of TB in the country, by fully aligning with the recommendations issued in the latest consolidated guidelines of the World Health Organization.’

The updates should include the following short-course TB treatment regimens referred to by a global civil society as the '1/4/6x24' Campaign:

‘After over two decades of investments in research and development, TB can be finally treated and cured in as little as one month and most forms of drug-sensitive and drug-resistant TB in four and six months, respectively. Yet few people anywhere in the world have access to these shorter regimens. According to international human rights law, governments have 'a duty to make available and accessible to all persons, without discrimination, especially to the most vulnerable, all the best available applications of scientific progress necessary to enjoy the highest attainable standard of health.' The standard of care set by World Health Organization Guidelines should serve as the minimum framework of care guaranteed to people affected by TB everywhere in the world, including the National TB Elimination Program in India.’

The signatories also demanded that the Indian government advocate for financial and other resources necessary to get in place the 'staff, stuff, space, systems, and support' needed to implement the updated national TB guidelines by 2024.

‘We invite you to join us in rejecting the inertia and mediocrity that has too long plagued the response to TB globally and in the country, and to meet the call to action issued by the 1/4/6x24 Campaign by taking urgent action to ensure that every eligible person with TB infection or TB disease will have access to evidence-based, short-course treatment regimens; this is their human right and your responsibility.’