Open letter to Janssen: Reducing the price of bedaquiline

Several organizations and individuals working on TB appeal to Janssen to lower bedaquiline's price for all non-high-income countries. 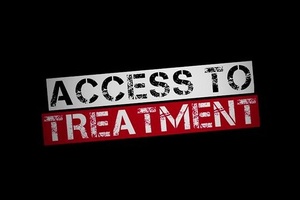 On September 10, 2014 several organizations and individuals working on TB sent an open letter to Janssen appealing to the company to lower bedaquiline's price for all non-high-income countries.

Bedaquiline (Sirturo) is the first new TB drug from a new drug class to receive approval in over 40 years and is critically important for people with drug-resistant TB with limited treatment options.

Yet bedaquiline is not accessible to the patients and TB programs who need it. Once registration barriers are overcome, Janssen's prohibitive pricing and patenting of the drug will become the major barrier to access.

“We note that failure to institute significant price reductions or to successfully negotiate voluntary licenses could lead countries to consider using compulsory licensing in the future to ensure access to bedaquiline, should the drug’s positive impact be more definitively demonstrated. More importantly, failure to introduce or stimulate further price reductions for bedaquiline may well lead to avoidable suffering and death.”

The signatories express their interest in meeting with the company, policymakers and key funders of TB drug procurement on September 24, 2014 to determine solutions to improve the affordability of bedaquiline.

You can download Janssen's response to the open letter from here (September 17, 2014).