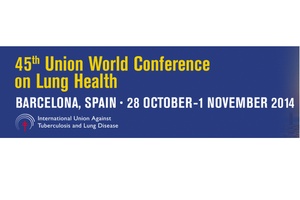 On October 8, 2014 civil society organizations and individuals sent an open letter to the Union secretariat expressing their disappointment with the Union's poorly executed scholarship programme for the 45th Union World Conference on Lung Health, to be held in Barcelona, Spain from October 28 till November 1, 2014. As a result of the execution of the programme, many civil society members will not be able to attend the conference. The letter emphasizes that this is particularly disappointing given the conference’s theme of “Community driven Solutions for the Next Generation”.

“A well-managed and extensive scholarship programme could potentially have helped us build a stronger global TB movement. In our view the Union has an important role to play in helping us build such a movement. We are disappointed though that the Union seems both uninterested and lacking in imagination when it comes to turning the tide against TB.”

The letter lists several concerns with the scholarship programme: ill-planned scholarship application procedure timeframe not allowing enough time for the grantees to issue travel visas or to make alternative arrangements in case of an unsuccessful scholarship application; the unreasonably small pot of scholarships; the Union's granting only free registration but not offering support to community members for travel and accommodation while offering such to researchers and other participants at the same time; and inappropriate selection criteria.

“… to truly turn the tide against TB we will need more than researchers, bureaucrats, and public health experts. If there is one lesson we can take from the AIDS response, it is that a strong civil society movement is essential to galvanising a wider societal response and unlocking financial and other resources.”

“We hope that in this meeting we can find a common way forward that will help us build a stronger global TB movement.”