Pretomanid is a component of two new TB drug regimens being tested by TB Alliance for their ability to transform TB therapy, as well as future planned trials. 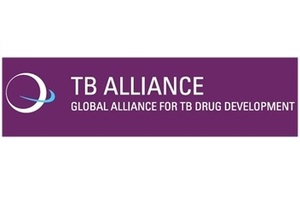 TB Alliance announced today (October 21) that pretomanid (pronounced: pree TOH mah nid) will be the generic, nonproprietary name for its novel anti-bacterial drug compound, PA-824, following a review by the United States Adopted Names Council and the International Nonproprietary Names program of the World Health Organization. Pretomanid is a component of two new TB drug regimens being tested by TB Alliance for their ability to transform TB therapy, as well as future planned trials. The most advanced regimen in which pretomanid is included, called PaMZ, is expected to advance to a Phase 3 clinical trial called STAND (Shortening Treatments by Advancing Novel Drugs) within the next six months. The STAND trial will span some 50 study sites across Africa, Asia, Eastern Europe and Latin America. PaMZ is the first-ever drug regimen designed to treat both drug-sensitive and some forms of multidrug-resistant tuberculosis (TB).

Pretomand will continue to be referred to as “Pa” in regimen abbreviations, such as PaMZ. The “preto” prefix of the compounds name honors the large extent of development of the compound that has taken place in Pretoria, South Africa, where the TB Alliance maintains an office focused on clinical development. The “manid” suffix is used to group compounds with similar chemical structures.

Pretomanid is a nitroimidazole, a class of novel anti-bacterial agents. As a potential TB therapy, it has many attractive characteristics - most notably its novel mechanism of action, its activity in vitro against all tested drug-resistant clinical isolates, and its activity as both a potent bactericidal and a sterilizing agent in mice. In addition, the compound shows no evidence of mutagenicity in a standard battery of genotoxicity studies, no significant cytochrome P450 interactions, and no significant activity against a broad range of Gram-positive and Gram-negative bacteria. This compound has been developed by TB Alliance and is a potential cornerstone of future TB and drug-resistant TB treatment regimens.