Call for further price cuts on cartridges and machines to realize goals of zero TB deaths. 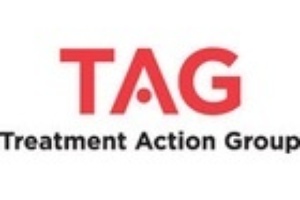 NEW YORK, NY U.S.A. – Treatment Action Group (TAG) and the European AIDS Treatment Group (EATG) welcome the announcement that a deal has been reached among PEPFAR, USAID, UNITAID, and the Bill & Melinda Gates Foundation to reduce the price of the GeneXpert® MTB/RIF rapid test for tuberculosis (TB). The partners to this collaborative market intervention have taken an important first step towards accelerating market entry to the molecular diagnostic system, which accurately diagnoses both TB and some common drug-resistance mutations, within two hours. But the still high cost of the machines and cartridges and the lack of private sector access greatly limit the reach and impact of this historic agreement.

The agreement reduces the cost of individual Xpert cartridges by 40%, from $16.98 to $9.98 and locks in that price from further increases until 2022. However, the price reduction for the cartridges will only be applicable to a set number of pre-approved purchasers in resource-poor countries with high burdens of multi-drug resistant TB (MDR-TB) and co-infection of HIV and TB. Middle-income countries in Eastern Europe and Asia with high TB burdens are currently excluded from this agreement. Moreover, the price of the diagnostic system itself is still unacceptably high at $17,000 per device. Further costs associated with recalibrating the machine make it unattainable in many TB-affected settings.

Widespread use of the Xpert test, which was endorsed by the World Health Organization in December of 2010, could revolutionize the world’s fight against HIV and TB, as the test reduces the time to diagnosis for TB or suspected MDR-TB from the weeks it takes for the standard TB culture to grow to two hours. As Mark Harrington, Executive Director of TAG has noted, people with TB/HIV and MDR- TB are among those at greatest risk of death from the TB and delayed diagnosis costs millions in undiagnosed or improperly treated TB, which sickened more than 8 million people and killed almost 1.5 million in 2010.

This collaborative market intervention is laudable, but more still needs to be done to increase access to the GeneXpert system. Further reductions in cartridge prices will be needed to maximize access to the test. We also call on Cepheid to drastically reduce the price of the system itself to help ensure availability in resource-poor countries that are the hardest hit. Additionally, a tiered pricing system must be brokered that would enable private-sector providers in TB-endemic settings to have access to the system. Finally, a strategy to decentralize access to Xpert with more systemic integration into public health facilities on the ground is desperately needed.

European AIDS Treatment Group is a community organization that promotes the interests of people living with HIV/AIDS. EATG’s mission is to achieve the fastest possible access to state of the art medical products, devices and diagnostic tests that prevent or treat HIV infection, and to improve the quality of life of people living with HIV/AIDS in Europe. In responding to HIV, the EATG also considers diseases frequently seen as co-infection in people with HIV such as hepatitis and tuberculosis, as well as other health issues that increase the risk of HIV.