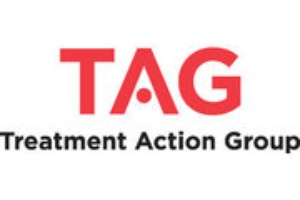 “This senselessly harsh budget will directly contribute to millions of preventable illnesses and deaths among people living with HIV, hepatitis C, and TB in the U.S. and around the world.” said Mark Harrington, Executive Director of TAG, “Why does President Obama want to turn his back on the most effective, life-saving global health and development program in history?"

Since 2003, PEPFAR has been the most efficient and effective U.S. global health initiative ever. PEPFAR has enjoyed strong bipartisan support since its inception – and has stood true to its promise of saving millions of lives. Now, in a stunning reversal, President Barak Obama has proposed an incomprehensible cut of over a half billion dollars — nearly 13% decrease of $543 million — in what can only be interpreted as a clear signal that the President may allow PEPFAR to expire when its current authorization ends next year.

While Administration officials may argue that these cuts will be partly offset by program efficiencies, lower drug prices, and the proposed increase in U.S. support to the Global Fund to Fight AIDS, Tuberculosis and Malaria (the Global Fund) — which TAG supports — the reality is that U.S. support alone cannot reverse the deep effects of the broken promises of the G-20 and the other Global Fund donors. By cutting the PEPFAR budget, over half a million people will be denied life saving HIV treatment, and countless new HIV and TB/HIV infections will occur that could have been averted.

For the first time since he entered office, President Obama also proposed a flat budget for the National Institutes of Health (NIH) – undermining our ability to translate scientific advances into cures, and jeopardizing our nation’s long term status as the global leader in health research. The flat lining of the NIH budget is like “throwing obstacles at the lead runner of a marathon – without increased funding, President Obama would have turned back the clock on the search for an AIDS cure, and better treatments for Hepatitis C and TB.” said TAG's Director of Communication and Advocacy, Lei Chou.

Furthermore, the Administration’s 2013 proposal continued an unbroken string of insufficient support for U.S. Centers for Disease Control and Prevention’s (CDC) work to fight the two leading killers of people with HIV — tuberculosis and viral hepatitis — demonstrating that the commitment to dramatically reduce HIV related infections and suffering is mere rhetoric, lacking the financial support or the political leadership to get the job done.

With recent studies showing that less than half of HIV-positive Americans are in regular medical care, and less than one-third of those on treatment able to effectively control the disease, the President’s proposed $67 million increase for ADAP (AIDS Drug Assistance Program) will not come close to meeting the increasing demand, which at its height had over 9,000 people on waiting lists instead of life-saving medications in 2011. The most marginalized amongst us will continue to undergo forced treatment interruptions, delays in initiating therapy, and suboptimal medical management. Treatment as effective HIV prevention, one of the most promising recent scientific advancements to turn back the epidemic, will remain in science fiction rather than being translated into fact.

“President Obama's deadly prescriptions for the HIV, TB, and viral hepatitis pandemics threaten to enshrine a two-tiered system of HIV care when the rich can access life-saving combination therapy, while the poor will continue to be doomed to premature, and avoidable deaths," said Mark Harrington. "We join our colleagues with HIV and their loved ones around the world in calling on President Obama to back off his misguided, heartless cuts to life saving PEPFAR programs."

Treatment Action Group is an independent AIDS research and policy think tank fighting for better treatment, a vaccine, and a cure for AIDS. TAG works to ensure that all people with HIV receive lifesaving treatment, care, and information. We are science-based treatment activists working to expand and accelerate vital research and effective community engagement with research and policy institutions.