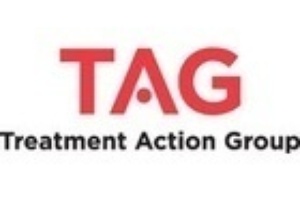 WASHINGTON, D.C., U.S. – Treatment Action Group (TAG) welcomes the U.S. Food and Drug Administration (FDA) review of bedaquiline. Bedaquiline is the first new drug from a novel drug class to be reviewed by the FDA for its potential to fight tuberculosis (TB) in nearly 50 years.

“The decision you make today is going to affect millions of people around the world,” TAG executive director Mark Harrington said today to the FDA Center for Drug Evaluation and Research at the landmark Anti-Infective Drugs Advisory Committee Meeting. This meeting was the first ever of its kind to focus on TB, and marks the revitalization over the past 10 years of the field of TB drug development, which was relatively stagnant after a boom in the mid-1900s. “You have a chance to make history today,” he urged. “Be bold. But do it stringently.”

The drug, bedaquiline (also known as TMC207), is under review for accelerated approval to fight multidrug-resistant tuberculosis (MDR-TB) [1]. Currently, only half of MDR-TB patients are cured with existing treatment options, and 15% of people with MDR-TB die while on treatment. Each patient with active MDR-TB is estimated to infect 15 other people with this dangerous and difficult-to-treat form of disease. In the U.S., treating just one case of MDR-TB costs hundreds of thousands of dollars.

“We are faced with the threat of being left without effective treatment options for multidrug-resistant TB. Without new drugs to fight TB, we may return to the era before effective treatment options were introduced,” cautioned Dr. Lee Reichman, a leading American TB researcher and doctor who testified on behalf of Janssen Infectious Diseases BVBA, the company that developed bedaquiline. He noted that current MDR-TB treatment has “devastating side effects that affect both the patients and their desire to take medications.”

All 18 FDA Advisory Committee members voted that bedaquiline is clearly effective in treating MDR-TB in adults. TAG urges the FDA to consider bedaquiline’s potential to make MDR-TB treatment more effective, shorter, easier, and safer—particularly in the context of the exorbitant cost and inadequacy of existing treatment options. TAG’s hope is that this submission of bedaquiline for MDR-TB will herald a renaissance in TB drug development.

As MDR-TB affects people all over the world, TAG also calls upon regulatory authorities in countries with high disease burdens to prepare to approve new TB treatment options such as bedaquiline. This includes building their capacity to convene expert groups, creating pathways for expedited approval, and reducing bureaucratic delays. The South African Medicines Control Council also needs to respond to calls from TAG, the Global TB Community Advisory Board, HIV i-Base, Treatment Action Campaign, Médecins Sans Frontières, and the South African HIV Clinicians’ Society for preapproval access to bedaquiline to save its citizens with MDR-TB who have no viable treatment options, and who are in urgent need.

Finally, TAG encourages pharmaceutical companies and public-sector funders to scale up their investment in research for new tools to fight TB. TAG commends Janssen for its investment in bedaquiline to date, and reminds Janssen that even if bedaquiline is approved, Janssen needs to maintain its commitment by completing phase III confirmatory studies, expediting pediatric studies, exploring bedaquiline’s potential to prevent active TB in close contacts of people with MDR-TB, and using modeling to ensure the optimal use of bedaquiline in people with HIV on antiretrovirals.

[1] MDR-TB refers to strains that are resistant to at least rifampicin and isoniazid, two of the four first-line drugs used in combination to treat TB.