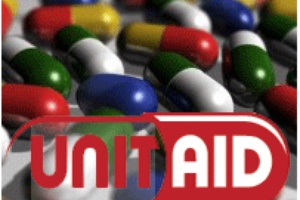 Xpert, once introduced and widely scaled-up, is expected to dramatically reduce the diagnostic gaps for tuberculosis, in particular in its multi-drug resistant form, or associated with an HIV infection.

Geneva 13 June 2012 - The executive board of UNITAID today approved funding of US$ 30 million to scale up access to a new diagnostic test for tuberculosis, Xpert MTB/RIF, and reduce the cost of its use.

The Xpert assay represents a major advance for the diagnosis of tuberculosis, as it is based on the recognition of the DNA of the tuberculosis bacillus and provides dependable results directly from sputum samples in less than 2 hours. This method of diagnosis is much more reliable than microscopy, currently used in most laboratories. In addition, Xpert also detects resistance to rifampicin, one of the most commonly used drugs for the treatment of tuberculosis.

Through the agreement reached by UNITAID, the United States Government and the Bill & Melinda Gates Foundation, the manufacturer of Xpert, Cepheid, will significantly reduce the price of diagnostic cartridges from today’s $17 to less than $10.

This price reduction will allow an accelerated roll-out of the test, which was endorsed by the World Health Organization in December 2010. It will apply to more than 145 purchasers in low and middle income countries, including those with high-burden of multi-drug resistant tuberculosis and co-infection of HIV and tuberculosis.

Xpert will be rolled-out in around 20 countries, under the leadership of WHO and the Stop TB Partnership, which will administer the UNITAID grant. In addition, the "TB REACH" initiative of the Stop TB Partnership, supported by the Canadian Government, will co-fund up to US$ 10 million the implementation of the tests in countries, drawing upon its experiences gained so far in the early introduction of the test in selected countries.

Xpert, once introduced and widely scaled-up, is expected to dramatically reduce the diagnostic gaps for tuberculosis, in particular in its multi-drug resistant form, or associated with an HIV infection.

However, this diagnostic breakthrough will only trigger a reduction of the burden of tuberculosis if the new cases it will identify will receive an appropriate treatment. Governments and donors will need to identify sufficient funding for this purpose in the coming years.

UNITAID is an innovative global health initiative established in 2006 by the governments of Brazil, Norway, Chile, France and the United Kingdom to increase access to medicines in 94 low and middle income countries. UNITAID has provided treatments; diagnostics and prevention commodities in the fight against HIV/AIDS, TB and malaria using a targeted market-impact approach to ensure quality low cost treatments and diagnostics are made available to those who need them most.

UNITAID aims to promote "healthy", dynamic market conditions whereby manufacturers have incentives to invest and innovate, while at the same time supply quality public health products at affordable prices and in acceptable formulations that enable the maximum number of people to access them.