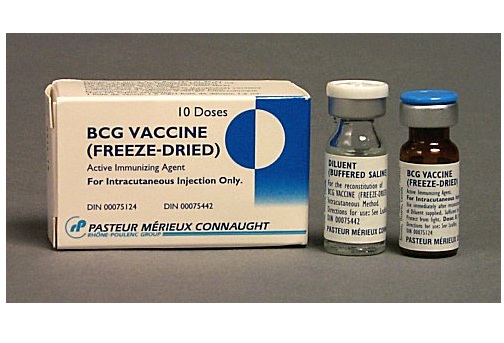 The ultimate defeat of TB arguably lies in the development of an effective vaccine. We do have a TB vaccine already, the BCG. But the effectiveness of this century old intervention is very limited. This article introduces the science of TB vaccines and the current state of the field.

Bacillus Calmette- Guérin (BCG) is the only licensed tuberculosis vaccine. The first human subject trial took place in early 1920 on a 3-day-old infant at Hôpital de la Charité in Paris [1]. In 1973, the WHO Expert Committee on Tuberculosis recommended that BCG be used as widely as possible; today, 90% of all children are vaccinated with BCG making it the most administered vaccine in the world [2].

The BCG vaccine was developed by French scientists Albert Calmette and Camille Guérin. It offers 80% protection against disseminated forms of TB such as TB meningitis and miliary TB. These types of TB are devastating for infants and young children [1]. But the effect of BCG on preventing the more common adult forms of TB is highly variable, ranging from of 0 to 80%, and depending on which type of BCG is used, the infecting strain of Mycobacterium tuberculosis which differ by region, and levels of exposure and immunity to environmental mycobacteria [2]. The efficacy of BCG on HIV-positive people in areas with high rates of TB is questionable.

Although BCG is quite safe, adverse events have been reported in small numbers (1-2%) following the HIV epidemic [2]. The most severe adverse event is disseminated BCG disease (BCG-osis). There are concerns about increased susceptibility to disseminated BCG disease among HIV-positive babies given its association with severe forms of immunosuppression [3]. A 2006 case study of 25 South African children with BCG-osis revealed that the diagnosis of the disease occurred in babies aged 3 to 21 months of age with mortality as high as 75% [1].

To eliminate adverse effects, WHO advocates that BCG vaccine be given to all neonates except for those that are infected with HIV [3]. However, babies who are perinatally infected with HIV can only be confirmed about 3 weeks after delivery– therefore WHO recommends that any HIV-exposed babies vaccinated with BCG should be followed up closely for adverse events [1].

TB is taking a huge toll on public health worldwide. The hope of ongoing vaccine development is that it will contribute to the goal of eliminating TB by 2035. An effective and immunogenic vaccine would in theory cause an immune response much stronger than that caused by natural TB infection.

Depending on the population targeted, vaccines in development have one of the three strategic aims: pre-infection vaccination, post-infection vaccination and therapeutic vaccination [1]. The first approach is for newborn infants, to be administered with a more potent and effective vaccine than the current BCG. The second strategy is aimed at people with latent infection to prevent progression to active TB. Unlike some diseases, prior illness with TB does not eliminate the risk of getting ill again and does not guarantee resistance to TB bacteria. This post-infection approach is suitable for HIV endemic countries with a high number of immunosuppressed individuals. The third strategy is therapeutic vaccination, i.e. vaccinating people who are already ill with TB and consequently curing them. This would be particularly useful to areas with high rates of drug-resistant TB and where, because of poor health systems, it is difficult to provide consistently good TB care. This type of vaccine could also potentially be used to shorten the duration of standard TB treatment [1]. These three strategies have yet to produce a successful vaccine.

The common types of vaccines are: immunoglobulin, anti-toxins, inactivated and live-attenuated [1].

In addition to the above vaccine types, there are several new categories of experimental vaccines under development. These include (1) conjugate, (2) recombinant vectored and (3) DNA types [1].

In a conjugated vaccine, the antigen (a substance that causes an antibody to be made, for example a TB bacterium) is linked to polysaccharide (a type of carbohydrate). Most bacteria are coated with sugar molecules called polysaccharides. Due to this coating, a newly developing immune system, such as an infant’s, does not easily recognize the bacteria and therefore does not fight it off. The aim of the conjugated vaccine is to enable the immune system to learn to identify the bacteria and produce an immune response.

A recombinant, vectored vaccine is made by inserting DNA from a disease-causing germ like TB into a virus or bacterium that does not cause disease. If successful, the immune system would react to the harmless virus or bacterium by developing antibodies that respond to the TB DNA.

DNA vaccines are derived from the DNA of the bacteria, which is expected to induce an immune response.

There are several TB vaccines in trials, but the field is continuously evloving. The best up to date source for activists on TB vaccine development is Treatment Action Group's annual Pipeline Report.