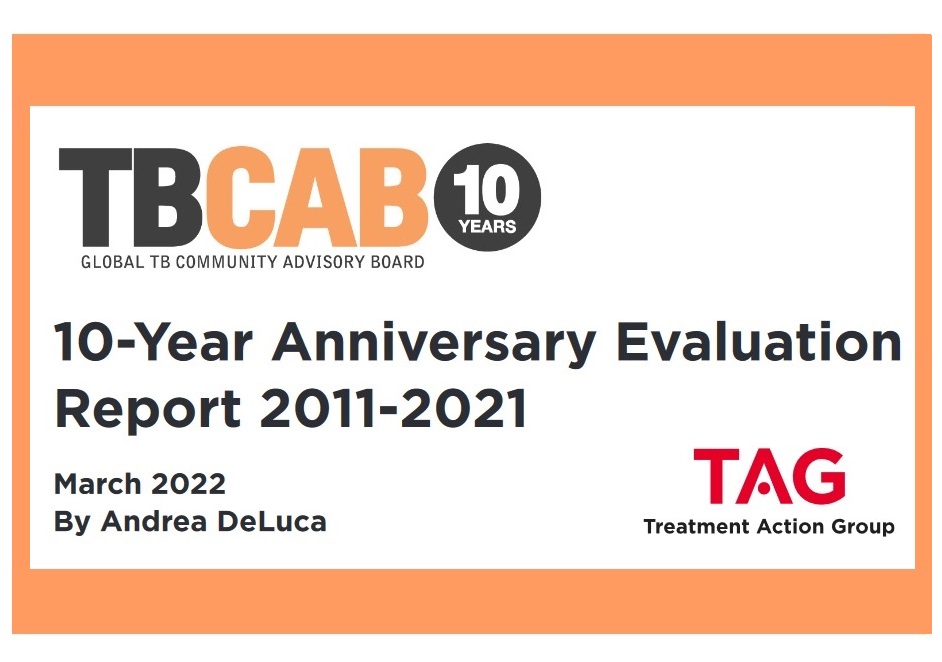 In 2021, TB CAB celebrated its tenth anniversary of advocating for community engagement in research and improved access to TB prevention, treatment, and diagnostic technologies.

In 2021, the Global Tuberculosis Community Advisory Board (TB CAB) celebrated its tenth anniversary of advocating for community engagement in research and improved access to TB prevention, treatment, and diagnostic technologies. Since its founding in 2011, 37 members from 18 different countries have served on the TB CAB, revolutionizing a long dormant field and playing a key role in informing and accelerating research and access to new TB tools necassary to improve the lives of TB-affected communities.

To commemorate and learn from the TB CAB’s first decade, Andrea DeLuca of Research for Impact has prepared a thorough report based on several dozen interviews with current and former members, as well as key collaborators and colleagues. The report distills key findings from this qualitative research process, and points toward a path forward for the years ahead.

An accompanying 3-part podcast series, Agents of Change: How the Global TB Community Advisory Board Transformed History's Oldest Pandemic, chronicles the history of the TB CAB from its roots in global HIV activism through its present campaign to expand access to bedaquiline for people living with drug-resistant TB. It is narrated by Treatment Action Group (TAG) Executive Director Mark Harrington and palliative care physician Bactrin Killingo, founding members of the TB CAB whose recollections helped formulate the basis of the show.

You can listen to the podcasts, as well as download the report and the transcripts of the three-part podcast series here.