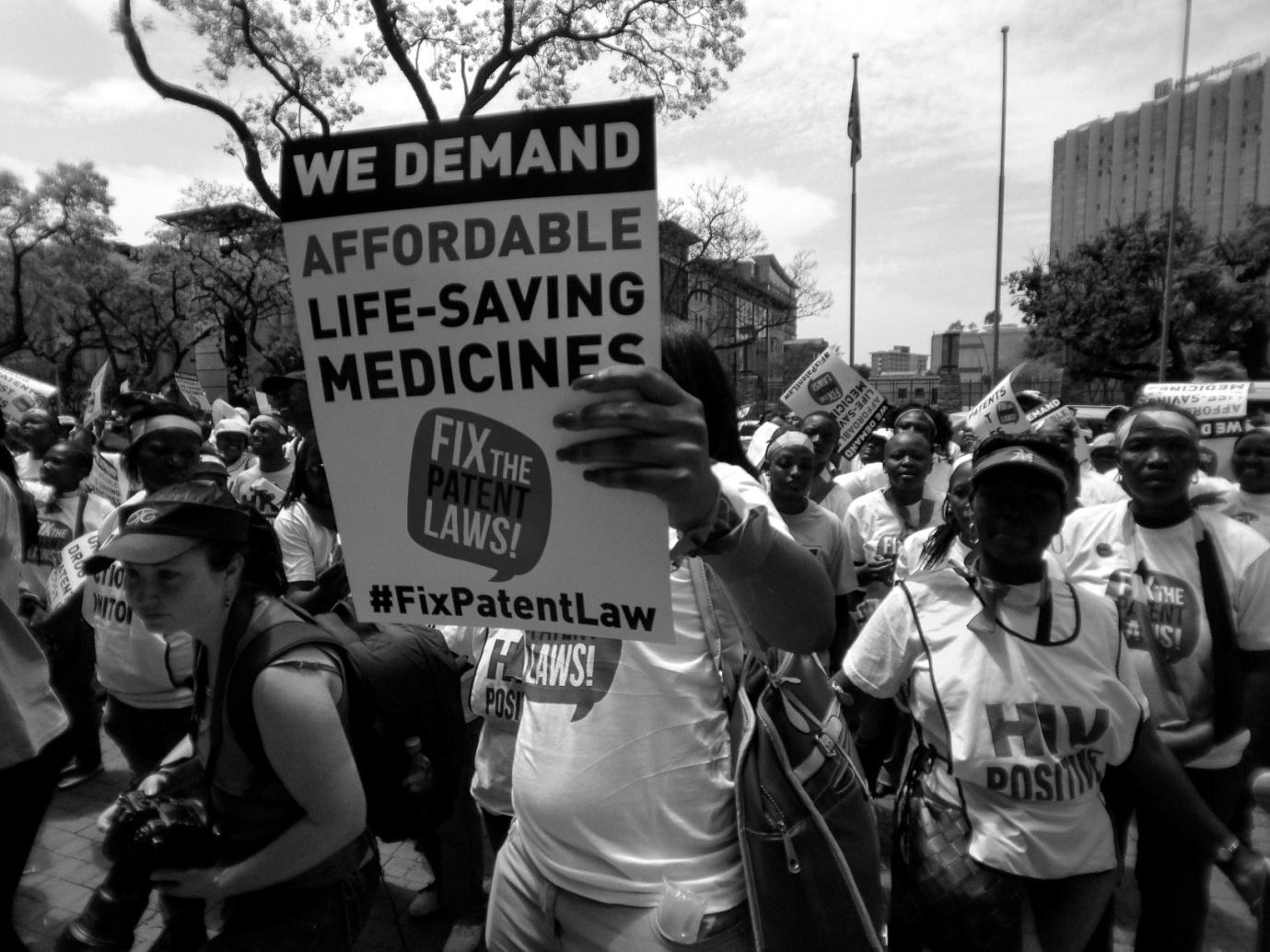 One of the more promising TB drugs to emerge recently is extremely expensive. The drug is called linezolid and it is patented by Pfizer. One pill costs R676 per day.

Over 15,000 people were diagnosed with drug-resistant tuberculosis (TB) in South Africa last year. The risk of death for people with ordinary treatable TB is high. But it is much higher for patients whose illness cannot be treated using the standard TB medicines.

Development of new TB drugs is painfully slow, and one of the more promising drugs to emerge recently is extremely expensive. The drug is called linezolid and it is patented by the multinational pharmaceutical company Pfizer. One pill costs R676 per day.

Phumeza Tisile had drug-resistant TB. She underwent almost three years of treatment, which included swallowing up to 17 tablets a day and receiving painful injections. Amidst this misfortune, she did get one lucky break. She is the first patient cured on a South African programme run by the Nobel Peace Prize winning medical organisation Medecins Sans Frontieres (MSF) that uses linezolid.

Tisile and other activists called for linezolid’s price to be reduced or for generic versions to be made available in a protest at the 44th Union World Conference on Lung Health that recently took place in Paris. The conference came on the heals of the release of the annual Global TB Report by the World Health Organisation (WHO). Nearly 20% of the 94,000 drug-resistant TB cases diagnosed last year across the planet went untreated, not only causing needless death, but also putting communities at risk.

Tisile was first diagnosed with TB in May 2010 after nine months of failed treatment. She began her strengthened regimen with linezolid in May 2011. Tisile has since become an advocate for better diagnosis and treatment of DR-TB. She helped co-author a manifesto on behalf of DR-TB patients worldwide.

Julia Hill is the MSF Access Campaign Officer in South Africa. She explains that linezolid is priced so high, “because we have to buy it on the private market, and there is no competition.” She explains that quality-assured versions of the same drug are available from India at only R80 per pill. “but we can’t import these into South Africa because Pfizer has the patent, and is the only company that can sell the drug.”

Hill says this hampers the organisation from treating more patients with a drug that has shown significant promise. Since 2011, MSF has started only 22 patients on a strengthened regimen containing linezolid. It wants to treat more than 300.

Treatment of drug-resistant TB is bleak. Typical regimens contain five drugs, of which only one, pyrazinamide, has been thoroughly tested on TB patients (it is used to treat patients with drug-susceptible TB too). The side-effects are appalling. One drug sometimes causes patients to go permanently deaf.

New TB drugs are being developed, but testing them has been extremely slow. For example, bedaquiline, a drug discovered by Tibotec over a decade ago, has still not been through a definitive clinical trial to show whether or not it is safe. The patent on this drug is now owned by Janssen Pharmaceuticals (both Tibotec and Janssen are subsidiaries of Johnson & Johnson) and it was accused last week by the Treatment Action Campaign of “unconscionably” delaying starting a trial.

And while linezolid is promising, there has been only one very small randomised controlled trial of the drug; a mere 38 people on the trial actually took linezolid.

There are two reasons for the slow pace of TB drug development. Pharmaceutical companies have little incentive to prioritise TB drug development: the vast majority of people sick with TB across the world are poor and there is little profit to be made from them. Also, the long period that the drugs need to be taken to eradicate the bacteria from a patient’s body -- typically 18 to 24 months for drug-resistant TB -- means that trials take a very long time to finish.

Pfizer has not conducted TB trials on linezolid. The trial described above was run by Korean scientists and partially funded by the United States National Institutes of Health. Nor has the company shown interest in doing so. Pfizer also has not taken any steps to get the drug approved for the treatment of TB by regulatory authorities. However, linezolid is increasingly being demanded for the treatment of TB. This is because a growing body of operational research, including MSF’s project, show that given the lack of available treatment options, it is worth trying.

Pfizer failed to respond to requests for comment for this article.

In 2012, nearly nine million people contracted TB. About 1.3 million people are estimated to have died from the disease, of whom about 320,000 were HIV-positive.

But progress is being made. The WHO estimates that TB mortality has declined 45% since 1990 and the rate of new cases has been falling for the last decade.