SHINE trial on shorter treatment for children with minimal TB 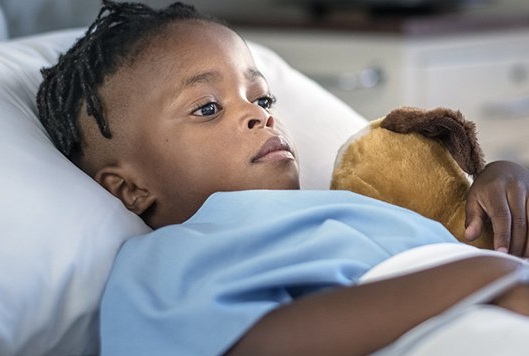 TB treatment can be shortened from six to four months in 80% of children.

26 October 2020, Geneva | The World Health Organization’s (WHO) Global TB Programme welcomes the results from an important study on shortened treatment for drug-susceptible tuberculosis (TB) in children, presented at the 51st virtual Union World Conference on Lung Health. The study, named SHINE (Shorter Treatment for Minimal Tuberculosis in Children), was sponsored by University College London (UCL), coordinated by the Medical Research Council Clinical Trials Unit at UCL, and funded by the Joint Global Health Trials Scheme of the Department for International Development, the UK Department of Health and Social Care, the Wellcome Trust, and the Medical Research Council, with additional support from the TB Alliance.

The SHINE trial is a phase 3 randomised open-label trial comparing four versus six months of treatment with rifampicin, isoniazid, pyrazinamide plus or minus ethambutol in children with smear-negative, non-severe TB. It was conducted in five study sites in South Africa, Uganda, Zambia and India. 1204 children aged under 16 years participated in the trial, including 127 children living with HIV infection. Minimal TB was defined as TB which is both sputum smear negative and non-severe, including extra-thoracic lymph node TB and non-severe respiratory TB (as determined on chest x-ray).

The children were randomised to receive either six months or four months of treatment, with the continuation phase of treatment shortened from four to two months in the four-month arm. They were then followed up for 18 months.

The key finding was that four months of treatment was non-inferior to the standard six-month treatment. There was no statistically significant difference when comparing the six months and four months groups in terms of the proportion with an unfavourable outcome (treatment failure, TB recurrence, death of any cause, and loss-to-follow-up). Side-effects related to treatment were few, and similar across both groups.

Every year, it is estimated that 1.2 million children develop TB and 230,000 die, most of them without having accessed care and treatment. The majority of children with TB have less severe forms of the disease. Long treatment regimens can result in high costs to families and health services, potentially with added toxicity, risks of drug-drug interactions in children living with HIV, and problems with pill-burden and adherence. Shorter and effective, yet safe treatment regimens for children with both drug-susceptible and drug-resistant TB are a key intervention to achieve the WHO’s End TB Strategy targets, as well as the targets related to children set during the United National General Assembly High Level Meeting on TB in 2018. The findings from this study have the potential to update current guidelines for the treatment of drug-susceptible TB in children.

WHO public health recommendations are based on robust and representative scientific data, and are developed using an evidence-based, systematic approach. In order to ensure that patients are offered the most effective and safest treatment regimens, WHO regularly reviews the findings from key studies on TB treatment. The results from the SHINE trial are important in this regard and, once final data become available, will be considered during WHO’s ongoing processes to refine current policy recommendations on the treatment of drug-susceptible TB in children.