From policy to practice: How the TB-HIV response is working 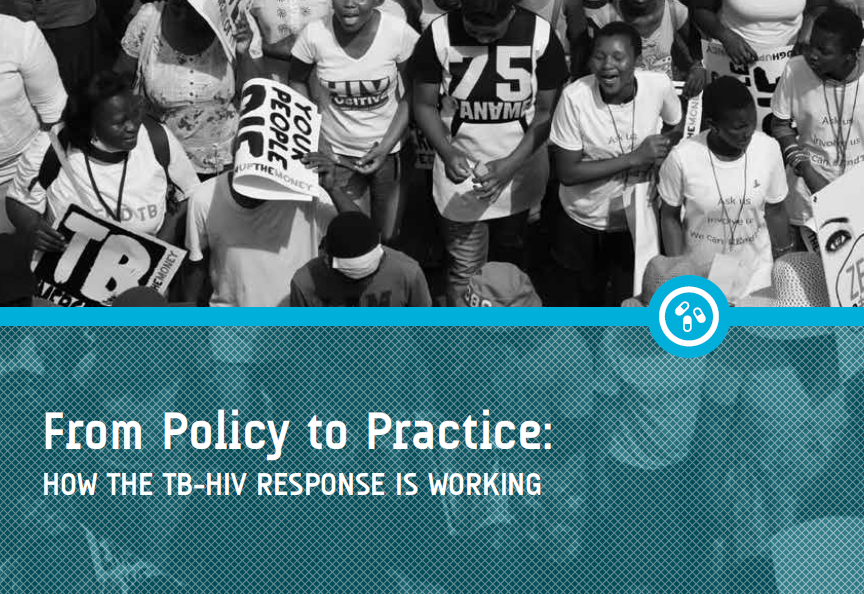 A new research report from ACTION shows that while countries have taken steps in the right direction since 2014 to combat the deadly duo of TB and HIV, policy improvements have not all translated into changes at the facility level. Moreover, the burden to carry out TB-HIV activities still falls heavily on under-resourced TB programs.

The report, From Policy to Practice: How the TB-HIV Response is Working, builds on ACTION’s previous research in the 2014 report, From Rhetoric to Reality, which investigated whether the World Health Organization’s recommendations for TB-HIV collaborative activities had been translated into commitments at global and national levels. The report was launched at the 2016 International AIDS Conference in Durban, South Africa.

While challenges remain, the report highlights the need for the HIV and TB communities to join forces and finally give this deadly issue the attention it deserves. The report includes specific recommendations for high TB-HIV burden countries, for donors (the Global Fund to Fight AIDS, Tuberculosis, and Malaria, UK DfID, U.S. PEPFAR, and the World Bank), and for advocates regarding how they should fight the dual epidemics of TB and HIV.

Download the full report below in English, French, and Russian: