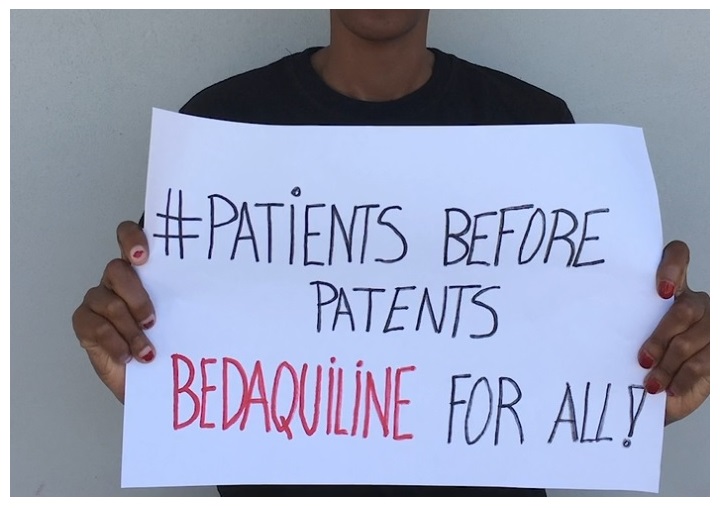 Médecins Sans Frontières urges the Indian Patent Office to reject the secondary patent application filed by Johnson & Johnson to prevent the company from extending its monopoly on bedaquiline beyond the primary patent’s expiry in July 2023.

Mumbai, 16 January 2023 – As the Indian Patent Office is set to hold tomorrow the final hearing on a patent challenge filed by two tuberculosis (TB) survivors to prevent the US pharmaceutical corporation Johnson & Johnson (J&J) from extending its monopoly on the TB drug bedaquiline beyond the primary patent’s expiry this July, Médecins Sans Frontières/Doctors Without Borders (MSF) along with petitioners to this challenge, urged the Indian Patent Office to reject the secondary patent application filed by J&J. MSF also called on the pharmaceutical corporation to withdraw the patent application in India and other countries where equivalent patents remain, and stand by its statement that generic versions should be made available in 2023.

In 2019, the Managing Director of Janssen in India, the local pharmaceutical division of J&J, publicly stated that come July 2023, generic manufacturers will be able to make their own versions of bedaquiline and yet, the corporation is now aggressively pushing for another patent for this drug in India.

Nandita Venkatesan from Mumbai, India, and Phumeza Tisile from Khayelitsha, South Africa, who together filed the patent challenge at the Mumbai Patent Office in 2019, both survived severe forms of TB but lost their hearing because of the toxicity of the older treatments they had to take before there was access to the improved and better-tolerated drugs, like bedaquiline and delamanid.

The pharmaceutical corporation J&J currently has a monopoly through its primary patent on the bedaquiline compound that will expire in July 2023. As an evergreening strategy, a common practice used by pharmaceutical corporations to delay the entry of affordable generics, J&J has also filed for multiple secondary patents on bedaquiline in India and in many other countries for obvious and routine changes on the bedaquiline compound that is now already known. One of them is the secondary patent application on the fumarate salt of bedaquiline filed in India, which if granted, would potentially extend J&J’s monopoly until December 2027, thereby blocking Indian generic manufacturers from entering the supply chain with more affordable generic versions for four more years.

Since 2020, bedaquiline has become the backbone for all DR-TB regimens recommended by the World Health Organization (WHO). However, it currently accounts for 35-70% of the overall cost of most of the drug-resistant TB (DR-TB) treatment regimens. With treatment scale-up and competition among generic manufacturers to begin by July 2023, the price of bedaquiline could soon come down by as much as 80%, i.e., from the current lowest price of US$45 per person per month to as low as $8-17 per person per month.

Several Indian manufacturers are ready to supply the generic version of this lifesaving drug upon the expiry of the basic patent in July 2023. Generic manufacturers have already applied to the WHO’s ‘Pre-Qualification’ programme, which assures quality of products for low- and middle-income countries and treatment providers.

“I had to battle with this deadly disease for nearly eight years, enduring taking multiple medicines and painful injections with debilitating side effects. We filed this patent challenge to ensure access to the safer, more effective oral drug bedaquiline for all those who need it and to reduce the agony for people with DR-TB who have to continue taking less effective and painful DR-TB treatment. We urge the Indian Patent Office to reject Johnson & Johnson’s secondary patent application that will limit people’s access to this lifesaving drug. By rejecting the patent, the Indian Patent Office will help save lives of people with DR-TB and enable India to continue to play a crucial role as the pharmacy of the developing world.”

“While DR-TB is on the rise for the first time in years due to the pandemic setback, the new WHO-recommended DR-TB treatment regimens released last year that contain bedaquiline offer a ray of hope in reducing unnecessary suffering and deaths caused globally by this treatable disease. Johnson & Johnson must immediately stop all efforts to extend its monopoly on bedaquiline, as it could block manufacturers from supplying generic versions and therefore keep this lifesaving drug from reaching all people who need it.”