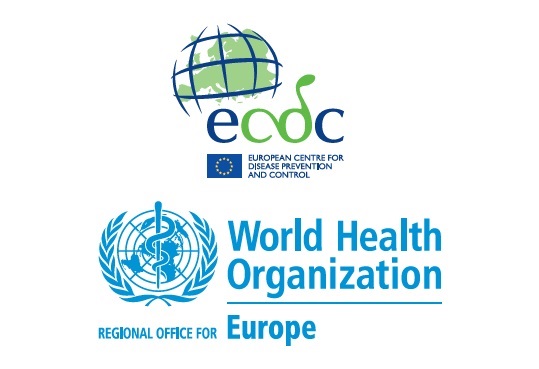 ECDC and WHO/Europe release a joint report providing an overview of the latest TB epidemiological situation in the WHO European Region.

According to the latest ECDC/WHO report on tuberculosis (TB) surveillance and monitoring in Europe, a sharp drop (24%) in reported tuberculosis cases between 2019 and 2020 was probably exacerbated by the COVID-19 pandemic, which hindered detection and reporting. Tuberculosis remains one of the world’s deadliest infectious diseases, second only to COVID-19, and drug resistant TB strains are still a major concern. In the fight against tuberculosis, urgent investment is critical, especially in the context of the ongoing pandemic.

“As ECDC Director, Andrea Ammon, pointed out: “Unfortunately, the fight against tuberculosis has become even more difficult in the last two years. Due to the ongoing pandemic, we are seeing a sharp decrease in notification trends, which is at least partly caused by a decrease in completeness of data. Having surveyed our Member States, we see that TB data collection could not be prioritised over COVID-19 clinical work. Additionally, only four Member States were able to achieve the 85% mark for successful treatment of new and relapsed cases. Now more than ever, we must come together and urgently ramp up our efforts in the fight against tuberculosis. Let us not forget that this is still one of the deadliest infectious diseases in the world.”

“Thanks to a remarkable 25% reduction in the estimated number of TB cases in the WHO European Region between 2015 and 2020, countries in Europe and central Asia met the regional action plan target and exceeded the End TB milestone of a 20% drop over this 5-year period. This is testament to the political commitment and advances in TB testing and treatment strategies we have seen across the Region,” said Dr Hans Henri P. Kluge, WHO Regional Director for Europe.

“However, as we mark World TB Day 2022, there is no room for complacency. Deaths from TB plateaued for the first time in two decades between 2019 and 2020, as COVID-19 disrupted services, leaving people undiagnosed and untreated. To ensure progress continues, we need to introduce more innovative and effective approaches in the diagnosis and treatment of TB and MDR-TB,” he added.

In 2020, over 33 000 TB cases were reported in the EU/EEA and in the wider European Region there were over 160 000 notifications of TB cases. In contrast, 2019 saw around 47 500 cases reported in the EU/EEA, while in the European Region there were some 216 000 new TB diagnoses. Although the rates in most countries have been decreasing over the last five years, the sharp 24% drop in notifications of new and relapse TB cases between 2019 and 2020 represents a clear interruption of the downward trend.

The epidemic patterns and trends vary widely, with most EU/EEA countries approaching the low incidence level of below 10 per 100 000 population, although the European Region overall has nine of the 30 countries in the world with the highest multidrug-resistant TB burden.

In 2020, there were an estimated 21 000 TB deaths in the WHO European Region – equivalent to 2.3 deaths per 100 000 people, with around 3 800 of these deaths occurring in the EU/EEA (0.8 deaths per 100 000). For the first time in over two decades, the number of TB deaths increased because of delay in, or lack of TB diagnosis due to disruptions to TB services. This compromised the achievement of the End TB Strategy milestone to reduce the number of TB deaths by 35% in 2020.

In 2020, HIV prevalence in incident TB cases was estimated to be 12%.  HIV-TB co-infection has remained unchanged since 2016, with one in six TB patients also infected with HIV. There were an estimated 29 000 HIV-positive TB cases in the European Region. In the EU/EEA, there were 12 327 cases with known HIV status, 4.2% of which were reported as HIV-positive.

Of all cases notified in 2019 with a treatment outcome reported in 2020, 71.8% were treated successfully in the EU/EEA and 76.5% in the WHO European Region. Nevertheless, the treatment success rate in the Region remains below the respective regional targets of 85% for new and relapse cases. Despite the efforts made and the availability of new drugs and treatment regimens, the burden in relation to multi-drug (rifampicin-resistant) (MDR/RR) TB and TB/HIV remains considerable, underlining the need to introduce more innovative approaches to the diagnosis and treatment of TB and MDR/RR TB. Rifampicin is the most potent anti-TB drug.

Efforts and resources for the upcoming period

In the fight against TB, urgent investment in resources, support and care is vital, particularly in the context of the COVID-19 pandemic which has jeopardised progress towards milestones in WHO’s ‘End TB Strategy’.