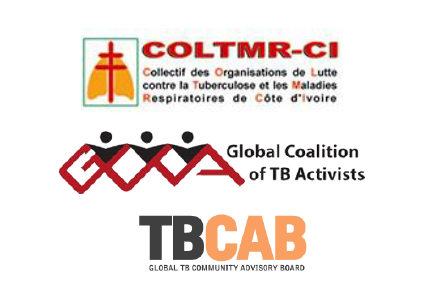 TB advocates urge the Ministry of Health in Cote d’Ivoire to introduce a new, simple, and rapid TB test, TB LAM, which detects TB antigens in urine, and is an important tool for detecting TB in certain populations living with HIV.

In an open letter sent to the Minister of Health of Cote d’Ivoire on 14 June 2016, TB advocates urged the Minister to undertake the necessary steps to ensure the availability of LAM testing for TB in some people with HIV in the public sector. The test is a useful and inexpensive new diagnostic tool to detect TB in extremely vulnerable populations where TB is particularly difficult to diagnose, including people with HIV with low immunity or advanced disease.

The test, marketed as the Determine TB LAM Ag test by Alere, is a rapid point-of-care test that detects in urine the presence of antigens associated with TB. As such, it is simpler to use and more sensitive in people with HIV than many other sputum-based diagnostic methods for TB. The World Health Organization recommends the use of this test as a preliminary test to rule in TB in people with HIV with CD4 counts below 100/mm3 or who are seriously ill.

The letter acknowledges the progress Côte d'Ivoire has made in the fight against TB and its efforts to address HIV-associated TB, and urges the Minister to continue in that direction. “We urge you to provide immediate access to the life-saving, simple, affordable (and likely cost-saving) intervention of LAM testing. We request that you take steps to procure this product urgently, facilitate its registration in Cote d’Ivoire as soon as possible, and ensure its availability in the public sector.”