Activists call on Johnson & Johnson to drop the price of bedaquiline 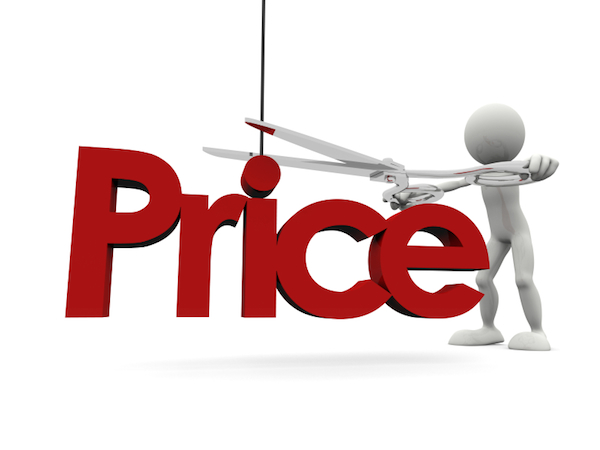 Activists ask the company to drop the price of bedaquiline in all markets to $32 a month or lower.

South Africa’s Department of Health recently announced that it will replace painful, hearing-loss inducing injections to treat multidrug-resistant TB (MDR-TB) with a less toxic and more effective treatment. The new drug, called bedaquiline, does not cause hearing loss and can be taken as a pill. We congratulate the government on this important step that prioritizes the human rights of people with TB.

While we hope that other countries and the World Health Organization (WHO) will follow South Africa’s lead, we are concerned that the high price of bedaquiline will limit uptake of this crucially important drug – thereby subjugating people with MDR-TB to avoidable pain and hearing loss, which has been observed in up to 61% percent of people treated with the older, injectable-containing regimen.

Janssen Pharmaceuticals (a subsidiary of Johnson & Johnson) currently charges the South African government around $136 per month ($820 for a six-month course) for bedaquiline. In 2014, Janssen announced a tiered pricing structure, whereby countries would be charged $900, $3 000 or $30 000 for a six-month course, depending on the economic status and TB burden of the country. In March 2015, Janssen and USAID announced a donation programme for bedaquiline to be made available for free to most Global Fund-funding eligible countries. That donation programme is ending in March 2019. Uptake of bedaquiline has been woefully inadequate during the donation programme, and the fragile gains we’ve made in access thus far may be set back by a high priced drug after the donation program ends.

Research conducted at the University of Liverpool has estimated that bedaquiline could be produced, and sold at a profitable mark-up, for between $8 and $16 per month (between $48 and $96 for six months) – roughly a tenth of the price charged to the South African government and about one three hundredth of the price charged in some wealthy countries.

This discrepancy is deeply troubling. It means that countries like South Africa will excessively reward Johnson & Johnson—at a time of severe budgetary constraints. Every dollar spent on high priced treatment is a dollar taken away from strengthening the TB response, including hiring more health workers, and conducting contact-tracing to close the gap of the 4.1 million undiagnosed people with TB, including the over 78% of people with drug-resistant TB who are not identified and started on appropriate therapy.

While we appreciate that Janssen has made certain investments in the research and development (R&D) of bedaquiline, we also recognize that the development of bedaquiline has benefited greatly from public and philanthropic funding and government tax credits. As a reward for developing bedaquiline, Janssen has also received a United States Food and Drug Administration priority review voucher. Such vouchers have been sold for amounts ranging from $67 million to $350 million. Janssen cashed in on its voucher in 2017, expediting FDA review of a biologic (Tremfya) used for the treatment of moderate-to-severe plaque psoriasis (a chronic autoimmune disease that affects more than one million people in the United States alone), expected to generate US$1.56 billion in 2020 sales.

To give Janssen the benefit of the doubt and taking into consideration the reality of relatively low initial volumes, we ask Janssen only to drop the price in all markets to $32 a month or lower (no more than $192 for six months). This price is double the top end of the price range identified by the University of Liverpool researchers. We also request further volume-based price reductions at pre-set benchmarks, to both allow for maximal affordability and further incentivize rapid uptake of bedaquiline.

Should Janssen attempt to justify a higher price by referring to their R&D investments, we demand the release of a detailed and verifiable account of all bedaquiline R&D outlays, as well as details on how they set the price of bedaquiline. We cannot be held hostage to the promise of future cures nor can we blindly trust that companies are setting prices ethically, when so many lives and people’s hearing hang in the balance today.

Currently, Janssen’s patents on bedaquiline restrict the entry of competitors, providing Janssen with a monopoly. We understand however that various generic manufacturers of anti-tuberculosis medicines are interested in producing bedaquiline and the WHO has already issued a formal invitation to manufacturers of anti-tuberculosis medicines to submit an expression of interest for product evaluation to the WHO Prequalification team for bedaquiline fumarate tablet 100 mg to encourage alternative suppliers to come into the market. So far Janssen has failed to license the drug to the Medicine Patent Pool to ensure the sustainability and affordability of supply to developing countries as they scale up its use in MDR TB regimens – thus signalling that the company is not willing to engage in voluntary measures that would increase competition.

Under World Trade Organization rules patent monopolies are not sacrosanct and can be overcome through the use of compulsory licenses. From Baltimore to Kuala Lumpur, we have seen that compulsory licensing is a vital tool to curb pricing abuses. The New York Times recently endorsed the approach. To this end, we have started discussions with various parties about licensing arrangements that would allow generic manufacturers to produce and sell bedaquline. Should we not see the price-cuts and transparency we ask for by 1 September 2018, we will start taking concrete steps to advance the issuing of compulsory licenses.

While we can accept reasonable mark-ups and the recouping of actual R&D outlays, we cannot accept profiteering at the expense of people’s hearing and people’s lives. In this year in which the global TB crisis is finally starting to receive some of the political attention that a crisis of this magnitude warrants, we urge Janssen as well as its parent company Johnson & Johnson to price bedaquiline fairly and within reach of the most vulnerable, and to restrict themselves to reasonable profits.