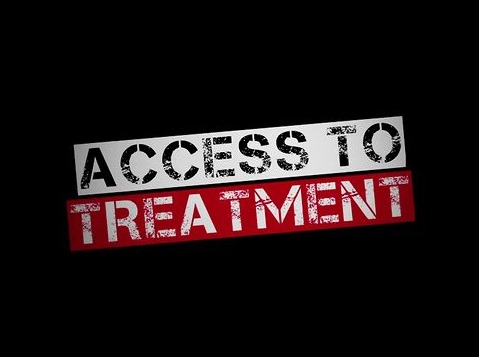 Communities affected by TB everywhere have a right to benefit from scientific progress, including access to short-course, bedaquiline-based treatment regimens for drug-resistant TB.

July 1, 2022 – A new generic version of bedaquiline produced by Macleods Pharmaceuticals in India has cleared the Global Fund’s Expert Review Panel (ERP), an independent group of experts that reviews finished pharmaceutical products and makes recommendations on their use to the Global Fund.[1] While ERP approval is a first step to unlocking access in Global Fund funding eligible countries and other countries with procurement agencies that recognize ERP quality standards, several barriers still stand between national programs and this potentially more affordable version of bedaquiline.

In recent years bedaquiline has become the cornerstone of treatment regimens for drug-resistant tuberculosis (DR-TB) – a tough-to-treat form of the disease that affects an estimated 500,000 people every year worldwide. Prior to the introduction of this transformational drug, DR-TB was treated using toxic regimens lasting up to two years, with rates of treatment success below 50 percent. With bedaquiline given in combination with other new and repurposed TB medicines, DR-TB can now be treated in as little as six months, with rates of treatment success ranging from 70–90 percent depending on the regimen.

And yet, despite the obvious desirability of treatment regimens anchored by bedaquiline, it still isn’t used as widely as it should be around the world. One major reason for this is the price. Johnson & Johnson sells a six-month course of bedaquiline for US$270 (US$1.50 per day), inflating the overall cost of shorter treatment regimens for DR-TB. In Russia and other countries that are part of the Commonwealth of Independent States (CIS), Johnson & Johnson’s commercial partner, Pharmstandard sells a six-month course of bedaquiline for up to US$2,000 (US$11 per day). Despite updates to World Health Organization (WHO) guidelines that have dramatically expanded the role of bedaquiline in the treatment of DR-TB, many country programs purchase only a limited amount of it each year and ration their constricted supply among a smaller pool of patients than should ultimately benefit. The unfortunate result is that communities affected by DR-TB around the world are still receiving outdated and lengthy regimens that can cause permanent disability (e.g., hearing loss) and are less likely to successfully cure them and prevent future antimicrobial resistance.

The new generic version of bedaquiline produced by Macleods has the potential to expand access to shorter, safer, and more effective regimens and make DR-TB treatment less traumatic for patients. In addition to Macleods, other manufacturers are developing generic bedaquiline and may have already filed their products with the ERP, meaning multiple bedaquiline generics could be available soon. Researchers from the University of Liverpool estimate that with adequate volumes, generic competition could bring the price of bedaquiline down to US$0.50 per day.[2] Unfortunately, though, no one can experience the benefits of a potentially more affordable version of bedaquiline immediately (or even in the near future in many places) without government intervention.

The primary patent on bedaquiline expires in most places in 2023 but evergreening – the practice of excessively extending patent protections to limit competition – extends Johnson & Johnson’s monopoly out several years. Activists from communities around the world have been working to oppose such patents with limited success so far. As such, compulsory licenses in accordance with the Agreement on Trade-Related Aspects of Intellectual Property Rights (TRIPS) and supported by the Doha Declaration on the TRIPS Agreement and Public Health[3] are necessary in order for generic producers to be able to manufacture and sell generic bedaquiline domestically, as well as to export it to other countries where patent monopolies on bedaquiline exist, and for other country governments to be able to purchase and import generic bedaquiline.

In lieu of individual country governments issuing compulsory licenses, Johnson & Johnson and its commercial partners could commit to not enforcing its intellectual property rights on bedaquiline in India and other low- and middle-income countries. Activists have long argued that bedaquiline should be treated as a public good, especially considering the substantial public and philanthropic investments in the drug’s development, which have been estimated to exceed Johnson & Johnson’s by a factor of 1.6–5.1.[4]

Communities affected by TB everywhere have a right to benefit from scientific progress, including access to short-course, bedaquiline-based treatment regimens for drug-resistant TB. To ensure that they do, we call on:

Finally, we encourage advocates working at the national level to take whatever steps possible to pressure their government officials to act in defense of communities affected by TB and in line with their right to benefit from scientific progress. Governments have “a duty to make available and accessible to all persons, without discrimination, especially to the most vulnerable, all the best available applications of scientific progress necessary to enjoy the highest attainable standard of heath.” — General Comment 25, Committee on Economic, Social and Cultural Rights. Bedaquiline is an essential medicine, and access to bedaquiline is essential to upholding the rights to health and life of people with TB.

Treatment Action Group (TAG) is an independent, activist, and community-based research and policy think tank committed to racial, gender, and LGBTQ+ equity; social justice; and liberation, fighting to end HIV, tuberculosis (TB), and hepatitis C virus (HCV). TAG catalyzes open collective action by affected communities, scientists, and policymakers to ensure that all people living with or impacted by HIV, TB, or HCV — especially communities of color and other marginalized communities experiencing inequities — receive life-saving prevention, diagnosis, treatment, care, and information. We are science-based activists working to expand and accelerate vital research and effective community engagement with research and policy institutions for an end to the HIV, TB, and HCV pandemics. More information is available here: https://www.treatmentactiongroup.org/.

About the Global TB Community Advisory Board:

The Global TB Community Advisory Board (TB CAB) is a group of research-literate, community-connected activists from around the world that act in an advisory capacity to product developers and institutions conducting clinical trials of new TB drugs, regimens, diagnostics, and vaccines, and provide input on study design, early access, regulatory approval, post marketing, and implementation strategies. The TB CAB is dedicated to increasing community involvement in TB research and access to tools to fight TB and to mobilizing political will.

About the Make Medicines Affordable Campaign:

The Make Medicines Affordable (MMA) Campaign works to bring down the price of HIV, TB, Hepatitis C, and COVID-19 medicines and vaccines, specifically in middle-income countries (MICs). MMA believes it is every person’s right to access the treatment they need, and that intellectual barriers (IP) preventing access must be removed. The MMA campaign is a civil society-led initiative made up of civil society organizations from over 20 countries. These organizations include patients, lawyers, health experts and activists, who have chosen to challenge the IP monopolies through legal and technical interventions, in-line with the TRIPS (Trade-Related Aspects of Intellectual Property Rights) agreement, and working to change patent laws to improve access to medicines. More information is available here: https://makemedicinesaffordable.org/.

About ActionTBIndia:
ActionTBIndia, a group of communities affected by TB in India, was formed on the 26th May 2022. It took shape out of frustration due to the lack of the TB community voice in the TB space over the years, in order to bring about the principle of community engagement in real sense at various levels. ActionTBIndia aims to represent the voices of the TB communities across the country by serving as a platform to raise concerns, issues and redressal surrounding TB and its related aspects.

About the Kenya Legal & Ethical Issues Network on HIV and AIDS (KELIN):
KELIN is a human rights NGO working to protect and promote health-related human rights in Kenya. We do this by: providing legal services and support, training professionals on human rights, engaging in advocacy campaigns that promote awareness of human rights issues, conducting research and influencing policy that promotes evidence-based change. KELIN advocates for a holistic and rights-based system of service delivery in health and for the full enjoyment of the right to health by all, including the vulnerable, marginalized and excluded populations in four thematic areas. KELIN has been at the forefront in championing for a rights-based approach in TB programming, and has over the years conducted both national, regional and global trainings and dialogues on TB and human rights with communities, key populations, law enforcement officers, health care workers, judicial officers, lawyers, policy makers, legislators, among others. KELIN, with support from other partners, has created and strengthened networks of community champions to advocate on issues HIV and TB. KELIN undertook successful public interest litigation and TB is Not a Crime campaign to challenge incarceration of TB patients in Kenya, and has continued to contribute to global TB policy through piloting of the Community, Rights and Gender (CRG) legal environment, gender and data assessments; as well as through the The Nairobi TB Strategy: A human rights based approach to TB.

About ITPC EECA:
ITPC EECA is a community-based organization focused on advocating universal access to essential medicines in the countries of Eastern Europe and Central Asia.

About Answer Public Foundation, Kazakhstan:
The mission of the Foundation is to improve the quality of life of people living with HIV in Kazakhstan. The organization has several branches which carry out a broad range of activities, from services to PLHIV and key populations, to monitoring and advocating access to HIV, HCV, and TB therapy, and working to improve IP laws for better treatment availability.

About Partnership Network, Kyrgyzstan:
Partnership Network is a national level organization that works for access to treatment for people with HIV, hepatitis C and tuberculosis in Kyrgyzstan. The Partnership Network works on a range of activities including negotiations with pharmaceutical companies for medicine availability and affordability. They also engage in updating clinical guidelines and promoting price reduction for a number of mechanisms.

About Third World Network:
Third World Network (TWN) is an independent non-profit international research and advocacy organization involved in issues relating to development, developing countries and North-South affairs. Its mission is to bring about a greater articulation of the needs and rights of peoples in the South, a fair distribution of world resources, and forms of development which are ecologically sustainable and fulfill human needs. TWN’s objectives are to deepen the understanding of the development dilemmas and challenges facing developing countries and to contribute to policy changes in pursuit of just, equitable and ecologically sustainable development.

In support of the statement and call above, on 1 July 2022, TB activists in India sent an open letter urging the Indian government to issue a compulsory license on bedaquiline and delamanid to encourage and expedite entry of Indian generics versions of these drugs. "This will be step towards making drug-resistant TB (DR-TB) treatment accessible for the communities that are being ravaged by the DR-TB crisis in India."