While TB kills more people each year than HIV/AIDS and malaria combined, more money is allocated to HIV and malaria than to TB in the new Global Fund strategy. 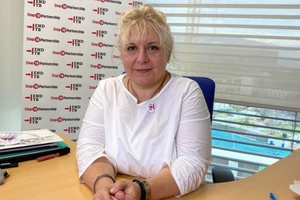 With a target to raise at least $18 billion to save 20 million lives, and reduce mortality from HIV/AIDS, TB, and malaria by 64%, the Global Fund to Fight AIDS, Tuberculosis, and Malaria is gearing up to implement its ambitious new strategy to defeat these longstanding pandemics by 2030.

However, even though TB kills more people than HIV/AIDS and malaria combined, the global body will continue allocating just 18% of its overall funding to TB, while 50% goes to HIV/AIDS, and 32% for malaria for the first $12 billion of funds that are spent spent between 2023-2026. A new split of 45% for HIV, 25% for TB, and 30% for malaria will, however, be applied as cumulative funding rises above  $12 billion in that period.

The increased allocation for TB was welcomed by Global Fund Board Chair Donald Kaberuka as enabling a “scale up of TB programs for the most affected while protecting HIV and malaria gains.”

But for the TB community, the new allocation formula still falls far short of the realities, in which TB has a much larger global health impact overall while TB diagnosis and treatment also suffered big setbacks during the pandemic.

“This decision does not reflect the burden, and especially the mortality,” said Lucica Ditiu, Executive Director of the Stop TB Partnership, interview with Health Policy Watch. “If you put TB, HIV, and malaria together, TB alone is responsible for close to 60% of [disease burden and mortality], and HIV and malaria closer to 40%.”

And while the allocation share has risen, proportionately, from only 16% in 2013 – 2014, “this is far away from reflecting any needs and any realities – it will not really push the end of TB,” she asserted.

An implementation plan for the new five-year strategy “Fighting Pandemics and Building a Healthier and More Equitable World”, was discussed this week at the annual Global Fund meeting.

Ditiu likened the difficulties of trying to split funding allocation between the three diseases to the cutting of a cake.

“You try to give more to one, it means the rest get less.”

She noted that HIV and malaria communities mobilized and warned that if funding were to decrease to either disease, the gains made over the years in both HIV and malaria would no longer be sustainable.

While no one wants to pit one disease against the other, “it becomes a matter of equity,” she said. This is especially noticeable for HIV vs TB funding – as TB has never received the ‘long end of the stick’.

Answer to the gap is not the Global Fund

“Not only does HIV get the biggest chunk from the Global Fund. They also have the President’s Emergency Plan for AIDS Relief (PEPFAR), which receives a huge amount of funding from the government of the United States. They receive billions of dollars every year from external funding, while TB receives barely a billion.”

While Ditiu hopes that the Global Fund’s Seventh Replenishment Conference, hosted by the United States in September – October 2022, will increase overall funding for TB, she also suggests that new financing solutions have to be identified.

“The answer to the gap in finances is not the Global Fund.”

Looking towards the future, Ditiu hoped that events such as the G20 hosted in high-burden TB countries such as Indonesia, Brazil, and India, will raise awareness about the continued threat posed by this ancient airborne disease, which also has developed new, and even more deadly drug-resistant forms which are even harder to treat.

Lack of funding has resulted in about 4 million people with TB left undiagnosed and unable to receive treatment each year, as a result of outdated technology and barriers to accessing services.

Many low- and middle-income countries continue to diagnose TB with the now-outdated method of sputum smear microscopy, which is not as accurate as molecular diagnostic tools In addition, TB services in many of these countries lack resources and funding to find more vulnerable groups that are unable to get diagnosed and receive treatment on their own.

“Do we really want to end TB ever? According to laboratory estimates, around 24% of the world population is infected with TB, and 20% of that will develop the active form of TB in their lifetime. So we sit on a big reservoir, and it looks like we don’t want to clean it up,” said Ditiu.

Disease split was ‘difficult decision’ but an ‘essential step’

Despite the obvious dissonance in the existing allocation formula, it’s essential to the lowest-income countries where HIV and malaria remain bigger threats, says the Global Fund.

“The disease split is a difficult decision, but it’s an essential step that enables the Global Fund to allocate funds to the highest burden countries with the lowest economic capacity, ” said a Global Fund spokesperson in response to a query by Health Policy Watch, citing a statement by Harley Feldbaum, Head of Strategy, in November 2021, when the strategy was first released.

“Since we allocate well over 90% of the funds we raise directly to countries, there are no easy tradeoffs in this decision; every change must balance priorities across HIV, TB, malaria and broader health needs,” Feldbaum said.

“The decision the Board made responsibly protects HIV and malaria investments and funding to lower income countries, where there remain substantial unmet needs, while significantly increasing the proportion of funding directed to meet important TB needs with a successful Replenishment.”

To end HIV, TB, and malaria as public health threats by 2030, the Global Fund has said it will focus more attention on community-based services in the coming years.

The strategy has three stated objectives. These include: people-centered health systems; engaging with communities so no one is left behind; and maximizing health equity, gender equality, and human rights.

Especially important is the need to protect and advance health equity, gender equality, and human rights in the face of co-occurring pandemic and other humanitarian crises.

“The COVID-19 pandemic, and efforts to control it, have exacerbated human rights and gender-related barriers,” said Roslyn Morauta, Vice-Chair of the Board of the Global Fund, in a statement at the close of this week’s meeting.

“At the same time, humanitarian crises from Myanmar to Afghanistan to Ethiopia, and most recently in Ukraine, further threaten our community partners and put human rights, disease responses and lives at risk. These crises have underscored the need for strong and well-resourced community systems and responses. Planning the implementation of the 2023 – 2028 Strategy provides an important opportunity to respond strongly to the challenges we face.”