Advocates demand immediate national roll out of 3HP in India

Community monitoring mechanism highlights the gaps in the existing isoniazid preventive therapy program in the country and clearly indicates the high demand for 3HP. 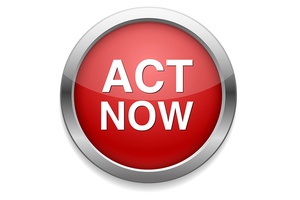 On the occasion of World TB Day, on 23 March 2022, in a letter sent to the Indian government, the ARK Foundation of Nagaland expressed its ‘sheer’ disappointment that the country is ‘nowhere on the track to achieving’ its ambitious target of TB elimination by 2025.

‘Structural and programmatic barriers such as the lack of counseling, non-availability of proper diagnostic facilities and medicines for multidrug-resistant TB, non-release of monthly nutritional support on time, and the systemic discrimination of the affected community are some of the highlighted causes that affect progress towards the elimination targets.’

The letter stated that in January 2022, five states of Northeast India, namely Nagaland, Mizoram, Meghalaya, Sikkim and Manipur, have initiated a community monitoring mechanism ‘to assess, identify and report’ on TB preventive therapy (TPT) after observing a poor partnership between the program and the affected community. The only available TPT strategy in the country is isoniazid preventive therapy (IPT). The World Health Organization recommended newer, short-course TPT strategies such as 3HP (a three-month, once weekly course of rifapentine and isoniazid) and 3HP is now a preferred option to IPT due to its nature of being a shorter regimen, having less pill burden, better efficacy, less hepatotoxicity, and a better treatment completion rate in treating latent TB infection.

‘We are disappointed about the delay in rolling 3HP out nationally by the Central TB Division and the National AIDS Control Organization for the key populations, and also including the low ceiling of the PEPFAR Target with only 56,495 TPT patient courses, despite 3HP being the PEPFAR’s preferred TPT regimen, in its next funding cycle 2023, in India.’

The letter presented the preliminary report results from the community monitoring mechanism highlighting the gaps in the existing IPT program and clearly indicating the high demand for 3HP among the respondents.

‘The ARK Foundation upon questioning the credentials, credibility and commitment of the competent authorities, once again put forth the demand to immediately launch a National 3HP program for all key populations without further delay. Affected communities should no longer be denied the right to equitable access to short-course TPT, and everyone who needs it must be prioritized and have access to TPT treatment.’

'Everyone has the right to benefit from latest scientific evidence-based developments'.