A shorter regimen containing rifapentine and moxifloxacin can cure TB in four months. 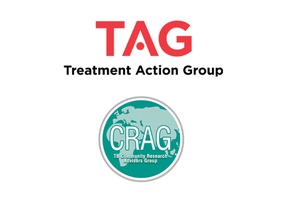 May 6, 2021 — Today the New England Journal of Medicine published results of a landmark phase III clinical trial that found a 4-month regimen containing rifapentine and moxifloxacin performed as well as the six-month standard regimen in curing drug-susceptible pulmonary TB. This landmark result is the first breakthrough in the decades-long quest to shorten the duration of drug-susceptible TB treatment to fewer than six months.

The TB Trials Consortium/U.S. Centers for Disease Control and Prevention (TBTC) and the AIDS Clinical Trials Group/U.S. National Institutes of Health (ACTG) collaborated on this study, which is known as Study 31/A5349. The trial enrolled over 2,500 participants from 34 sites in 13 countries on four continents, making it one of the largest and most diverse TB treatment trials in history. The trial demonstrated that by swapping rifampicin for rifapentine and ethambutol for moxifloxacin, TB treatment can be shortened to four months, shaving two months off the duration of the existing standard of care, a 6-month regimen in use and not further improved upon since the 1980s.

The trial benefitted from a robust community engagement program led by the Community Research Advisors Group (CRAG). The CRAG successfully advocated for the study to include priority populations, including adolescents aged 12–17, people living with HIV with lower CD4 cell counts, and people with cavitary TB. Reacting to the presentation of results in October, CRAG co-chair Barbara Seaworth commented: “Shorter treatment regimens will be easier for both patients and health care providers; more patients will complete therapy and be cured. This is a landmark event in our quest for even shorter treatments and should be implemented immediately.” Seaworth and other CRAG members have proposed that the new regimen be called 4-Short TB.

The New England Journal of Medicine publication follows on the heels of a guideline development group meeting convened by the World Health Organization (WHO) in late April 2021. The WHO group met to evaluate data from the trial with an eye toward updating global guidelines on drug-susceptible TB treatment, which were last updated in 2017. Representatives from TB-affected communities and civil society participated in the meeting to ensure the views of people affected by TB are reflected in the updated WHO guideline, which will be released later this year.

If the updated WHO guideline recommends the regimen as an option for treating drug-susceptible TB, concerted advocacy will be required to make the regimen available and accessible to all people who may benefit from it. The CRAG has highlighted the priority advocacy actions in the below image. Among these, reducing the price and improving the supply of rifapentine is a central priority.

These results arrive as the TBTC embarks on the next 10 years of its research program. Due to years of flat funding from the U.S. government, several of the TBTC sites integral to the success of Study 31 will no longer be funded to participate in the network. It is critical that the global community rally to increase funding for TB research to ensure that TBTC and its sister TB clinical trials networks are fully capacitated to advance the transformative science required to end TB.