Call for Europe’s commitment to increase investment to end TB 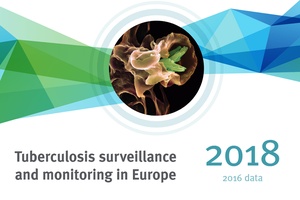 A new report published today (March 19) by the European Centre for Disease Prevention and Control (ECDC) and the WHO Regional Office for Europe indicates that the number of new tuberculosis (TB) patients has been decreasing at an average rate of 4.3% per year in the WHO European Region over the last decade. Yet, despite being the fastest decline in the world, this trend is insufficient to end the TB epidemic by 2030, as envisioned in the End TB Strategy and the Sustainable Development Goals. The report is being released ahead of World Tuberculosis Day (March 24), which this year calls on global leaders to accelerate efforts to end TB once and for all.

The report, Tuberculosis surveillance and monitoring in Europe, 2018, can be accessed here along with accompanying publication data.