No time to lose: G20 leadership in TB research needed to end TB 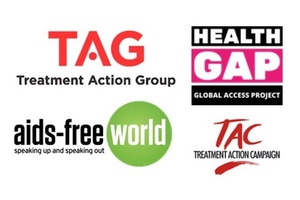 Despite being preventable and curable, TB remains the leading infectious cause of death worldwide, with 10.4 million people falling ill from TB and 1.4 million succumbing to TB every year. TB is the leading cause of death for people living with HIV/AIDS, and the lead cause of antimicrobial resistance (AMR) deaths. The human toll TB takes is not decreasing, in part because of poor options available to vulnerable communities to diagnose, prevent, and cure TB, due to the lack of research investment for new, needed advances. TB diagnosis remains lengthy and complex, there is no broadly effective vaccine to prevent TB, and TB treatment is lengthy with challenging side effects, making adherence difficult and at times leaving patients debilitated and deprived of livelihood.

TB can only be eliminated with new technologies and strategies to fight the disease. As such, R&D is a pillar of the World Health Organization (WHO)’s End TB Strategy, and central to Goal 3 of the United Nations Sustainable Development Goals (SDGs), which includes ending the TB epidemic by 2030. Yet TB R&D has never received more than a third of required investments, leaving product development pipelines sparse and slow moving. With the proposed U.S. presidential “skinny budget” threatening the National Institutes of Health role as the leading funder of TB R&D, already scant funding for TB R&D is more precarious than ever.

This week, the G20 member states met in Berlin, and discussions included a strong focus on AMR. During these meetings Global TB Caucus parliamentarians have made commitments to advancing TB R&D in their home states. However, more action is still needed to build momentum on advancing TB R&D. We urge G20 nations to include TB on the agenda of the upcoming Health Ministers meeting on May 18-19 as a crucial step in prioritizing TB R&D leading to the summit on July 7.

Meanwhile, new data released by the European Centre for Disease Prevention and Control and the WHO Regional Office for Europe showed that TB infection is rising in vulnerable groups, and even though TB rates are declining in the general population, Europe is not on track to reach targets to end TB. Between 2010 and 2015, G20 countries reported spending USD $2.26 billion on TB R&D, and overall funding for TB R&D totaled just one-third of the estimated need.

Advocates challenge G20 members to lead the way in catalyzing the development of breakthrough TB diagnostic, treatment, and prevention options by collectively spending USD $5.8 billion on TB R&D between 2016 and 2020.

“We call on G20 leaders to make good on their words and commit to fully funding tuberculosis research,” said Mark Harrington, executive director of Treatment Action Group. “Supporting TB R&D isn’t just good for global health; it’s a smart investment. With tiny budgets, TB researchers have managed to produce new drugs and diagnostics—but we still need to do better. Imagine what they could do with sufficient resources.”

“Tuberculosis is the leading cause of death for people living with HIV,” said Jamila Headley, Managing Director of Health GAP. “The risk of developing TB is estimated to be between 26 and 31 times greater in people living with HIV than among those without HIV infection. If the world is serious about ending AIDS as an epidemic, it must invest the necessary resources in TB research and development that will lead to new treatments and prevention options.”

“Full funding for TB R&D is a true test of the G20. Nothing in Global Health presents a challenge greater than tuberculosis,” says Stephen Lewis, co-founder and co-director of AIDS-Free World. “The G20 has the opportunity to rout the world’s most catastrophic infectious disease: they must not let the opportunity pass.”

"It's our sisters in Khayelitsha who struggle to get through a toxic treatment course of nearly 15,000 pills. It's our brothers in Tembisa who suffer the agony and inconvenience of daily painful injections. It's our grandmothers and children who are faced with a high TB risk and often a low chance of survival. Not the rich," said Anele Yawa, General Secretary of the TAC in South Africa. "We must be honest. The crisis of investment in TB research is affecting mainly poor people in poor countries– and so richer governments lack the will and the concern to respond to it. This is political. We will hold governments to account for failing to address this crisis. We won't accept business as usual."

About TAG: Treatment Action Group (TAG) is an independent, activist and community-based research and policy think tank fighting for better treatment, prevention, a vaccine, and a cure for HIV, tuberculosis, and hepatitis C virus. TAG works to ensure that all people with HIV, TB, or HCV receive lifesaving treatment, care, and information. We are science-based treatment activists working to expand and accelerate vital research and effective community engagement with research and policy institutions. TAG catalyzes open collective action by all affected communities, scientists, and policy makers to end HIV, TB, and HCV.

About Health GAP: Health GAP is an international advocacy organization dedicated to ensuring that all people living with HIV have access to affordable life sustaining medicines. Our team pairs pragmatic policy work with audacious grassroots action to win equitable access to treatment, care and prevention for people living with and affected by HIV worldwide. We are dedicated to eliminating barriers to universal access to affordable life sustaining medicines for people living with HIV/AIDS as key to a comprehensive strategy to confront and ultimately stop the AIDS pandemic. We believe that the human right to life and to health must prevail over the pharmaceutical industry's excessive profits and expanding patent rights.

About AIDS-Free World: AIDS-Free World is an international advocacy organization committed to speaking up for and with people affected by HIV and AIDS, and speaking out for the more urgent and effective global action needed to subdue the pandemic. We harness the power of the spoken and written word to advocate for an end to the AIDS pandemic – and in particular, to the discrimination, the double standards, the distorted priorities and the detachment that have so far prevented the international community from approaching goals that should be well within its reach, and high on its agenda: halting the further spread of HIV, and helping those already caught in its grip. AIDS-Free World focuses on issues and groups that have been pushed to the margins of societies, and failed by the global AIDS response.

About TAC: The Treatment Action Campaign (TAC) was founded in December 1998 to campaign for access to AIDS treatment. It is widely acknowledged as one of the most important civil society organizations active on AIDS in the developing world. Today the TAC continues to represent users of the public healthcare system in South Africa, and to campaign and litigate on critical issues related to the quality of and access to healthcare.