TB advocates ask that, at a minimum, every second Union World Conference be held in a country with a high burden of TB and/or lung disease. 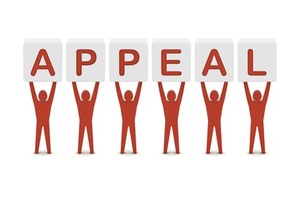 In an open letter sent to the Board Members and Executive Management Team of the International Union Against Tuberculosis and Lung Disease (The Union) on 24 August 2016, TB advocates expressed their concern over the selection of hosting cities for Union World Conferences on Lung Health. Of the 10 Union World Conferences from 2007 to 2016 only two were held in a high TB burden country.

“We believe that building a stronger global TB movement and garnering greater political will in the most affected countries requires that the conference should more regularly take place in countries with high burdens of TB and lung disease.”

In the letter TB advocates ask that a Union Board decision be taken that, at a minimum, every second Union World Conference should be held in a country with a high burden of TB and/or lung disease. Furthermore, when conferences are held in high income countries, selection criteria should include that the country have in place ethical and scientifically sound and updated TB guidelines.

The signatories request a response to the letter by 8 September 2016.

On 21 September 2016, the International Union Against Tuberculosis and Lung Disease (The Union) responded by describing the current procedure by which it selects host countries for the Union World Conferences on Lung Health, emphasizing its open bidding process and ultimately refusing any commitments towards convening future conferences in high TB burden countries.

“We fully agree that the location of the conference is a very important factor in its success and its impact, and we also would like to convene the conference in more high burden, low-income countries. However, we do not support the idea that the best way of accomplishing that aim is to predetermine which countries we will consider as conference hosts. The most effective way of convening more World Conferences in high-burden countries is to receive higher numbers of viable host bids from cities within high burden countries.”

In the letter The Union welcomed any support that can lead to a higher number of host bids submitted by high TB burden countries.

“We welcome your support in that. Where you have contacts in high TB burden countries, please share the conference bid document with them and urge them to submit a bid. If you have cities in mind where you think we should reach out to directly solicit a bid, please let us know.”