How TB infects the body: The Tubercle

When TB bacilli are inhaled, they rapidly pass through the mouth and nose and pass into the lowest and smallest parts of the airways. They move into the terminal bronchioli and alveoli of the lung. The terminal bronchioli are the smallest part of the bronchi, the structure that guides air from the upper airways (nose, mouth and trachea) into the lung tissue. Alveoli are part of the lung tissue and are the place where the oxygen from the inhaled air is usually used by the body, and transferred into the blood to be carried to the organs that need it. 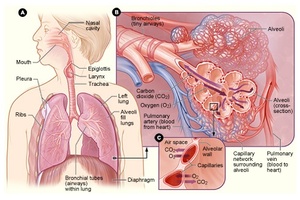 Pulmonary TB, or TB of the lungs, is the most common form of the disease.If the immune system is weak, the lymphocytes cannot contain the TB bacteria and it rapidly spreads.

TB infection happens in 4 stages: the initial macrophage response, the growth stage, the immune control stage, and the lung cavitation stage. These four stages happen over roughly one month. 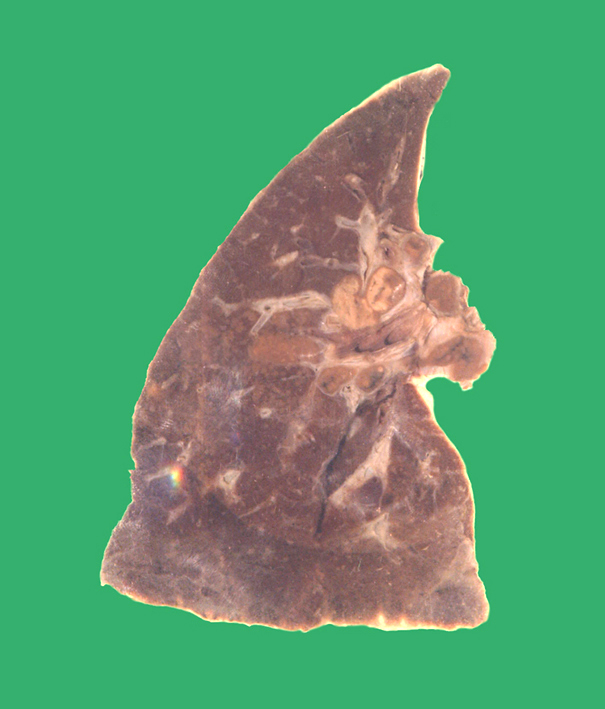 If the macrophage cannot contain the TB bacillus, TB infection enters its second stage after about a week. The TB bacilli start reproducing exponentially, meaning that for every intial bacillus two new ones emerge. These two then produce two each, etc. This leads to a rapid expansion of the intial TB bacillus, and the macrophages cannot contain the spread anymore. This stage lasts until the third week after initial infection.

After the third week, the bacilli do not grow exponentially anymore, and the infection enters its third stage – it seems that at that stage, bacilli growth and destruction by macrophages are balanced. The body brings in more immune cells to stabilize the site, and the infection is under control. At least nine of ten patients infected with Mycobacterium tuberculosis stop at stage 3 and do not develop symptoms or physical signs of active disease.

The TB bacilli are shielded from the lung tissue; however, they can survive for years in the macrophages. Patients in this stage are not contagious, because the TB bacilli cannot enter the airways and cannot be coughed out or exhaled. If the immune system is strong, the primary complex heals and leaves nothing more but a small cavity and a scar in the tissue. This scar can later be seen on X-rays and is a sign that the person has had an infection with Mycobacterium tuberculosis.

In about 5% of cases, the primary complex does not heal and the TB bacilli become re-activated after a period of 12 to 24 months after the initial infection: this is stage 4 of the infection. The reactivated TB bacilli reproduce quickly and form a cavity in the tissue, where the body’s immune system cannot reach them. From this cavity, the TB bacilli quickly spread through the tissue and the person develops signs and symptoms of active TB such as coughing. In this stage, the person is highly contagious because his or her sputum contains active TB bacteria. Reactivation is more likely to happen if the immune system is weakened, such as with HIV infection or malnutrition.

In summary, there are three ways in which the body reacts to an infection with Mycobacterium tuberculosis: