Inclusion of rifapentine in the Global Drug Facility catalogue

The Community Research Advisors Group urges Sanofi to submit a bid for rifapentine to be included in the Stop TB Partnership's Global Drug Facility catalogue. 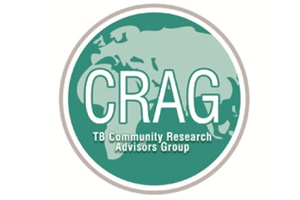 On February 1, 2016 the Stop TB Partnership's Global Drug Facility and its procurement agent, IDA Foundation, released an Invitation to Bid for eligible suppliers to include tuberculosis medications in the Global Drug Facility (GDF) catalogue. For the first time, the Invitation to Bid includes rifapentine (150mg film coated tablets) among the eligible antituberculosis medications. Rifapentine is approved by the US Food and Drug Adminsitration to treat active TB disease, and to shorten treatment of TB infection.

Therefore, on February 17, 2016 the Community Research Advisors Group (CRAG) sent an open letter to Sanofi strongly encouraging the company to submit a bid for rifapentine to be included in the GDF catalogue by the February 29th deadline. CRAG is the community advisory body to the U.S. Centers for Disease Control and Prevention’s Tuberculosis Trials Consortium (TBTC).

In addition to hearing about Sanofi’s plans regarding the GDF Invitation to Bid, in the letter CRAG requests to receive an updated list of the countries in which Sanofi is taking steps to register rifapentine under an indication to treat TB infection.