The Plan will be submitted for endorsement by the WHO Regional Committee for Europe in September 2015 along with an accompanying resolution. 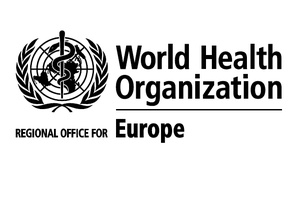 The Consolidated Action Plan to Prevent and Combat Multidrug- and Extensively Drug-Resistant Tuberculosis in the WHO European Region, 2011–2015 was endorsed by the sixty-first session of the WHO Regional Committee for Europe in Baku, Azerbaijan, in September 2011. This Plan considers a number of activities in seven areas of intervention to be undertaken by Member States, with assistance from the WHO Regional Office and partners. Now that we are in the final year of implementation, significant progress has been made in the prevention and care of multidrug-resistant (MDR) and extensively drug-resistant (XDR) tuberculosis (TB) in the Region. However, challenges persist particularly in achieving treatment success.

With the endorsement of the WHO post-2015 global End TB Strategy by the sixty-seventh session of the World Health Assembly in May 2014 (resolution WHA67.1), it is time to rethink how Member States, WHO and partners should move forward together in preventing and controlling TB and M/XDR-TB in the WHO European Region. To this end, the Regional Office is adapting the global strategy to the Regional context and has prepared this draft TB Action Plan for the WHO European Region 2016–2020.

In order to develop the new Action Plan, the Regional Office in collaboration with WHO headquarters established an advisory committee with representatives of seven Member States, technical and funding agencies, civil society organizations and a former MDR-TB patient. The advisory committee met twice to review the draft Action Plan on 3 October 2014 and 4 March, 2015. The draft Plan was also reviewed at the 9th Meeting of European Technical Advisory Group on Tuberculosis Control (TAG-TB) on 26 November 2014, and during a consultation meeting with representatives of 53 Member States and partners on 27 November 2014. The targets and objectives of the new TB Action Plan are aligned with the global End TB Strategy and are built upon the core principles of the Health2020 Strategy. The Plan will be submitted for endorsement by the WHO Regional Committee for Europe in September 2015 along with an accompanying resolution.

You can find the proposed Action Plan here.