A briefing document outlines critical steps needed to implement a new policy from the Indian government to switch to standard daily TB treatment using fixed-dose combinations. This change, which is in line with global recommendations for proper treatment, is welcome but has yet to be put into action. 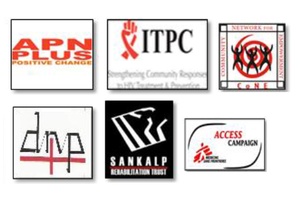 Currently, India uses single drugs formulations for each of the drugs that are part of the recommended drug-sensitive TB (DS-TB) treatment regimen. It is likely that the TB programme will also introduce daily fixed-dose combinations (FDCs) as an additional step to ensuring proper treatment. FDCs simplify treatment, reduce pill burden, the management of drug supply, and may also limit the risk of drug-resistant tuberculosis arising as a result of monotherapy.

However, this policy change is yet to reflect in the actual activities of the government. There has been no announcement of the selected districts in which the roll out is being planned, nor of any training being made by the TB programme in this regard. With India bearing such a huge burden of tuberculosis and drug-resistance, immediate actions need to be taken by the government to roll out daily FDCs in the DOTS programme. (See the briefing document below).

“Treatment adherence and care-giving is so much easier with the use of daily FDCs. But introduction of FDCs and daily therapy in India’s DOTS programme have been long delayed by the Central TB Division based on premises that were programme-based (e.g. logistics and cost) rather than patient-focused (e.g. simplification of treatment, reducing pill burden). The time has come to phase out intermittent therapy – which serves as a perfect recipe for treatment interruptions - and switching to daily FDC drug regimens for treatment of TB. The adoption of FDCs daily regimen in vulnerable groups like people living with HIV and people who inject drugs (PWID) is a long standing demand”.

Hari Shankar, A person living with HIV who was co-infected with TB and underwent DOTS treatment
Delhi Network of Positive People