Federal legislation promises a substantial increase in NIH funding — at the expense of a significantly weakened FDA. 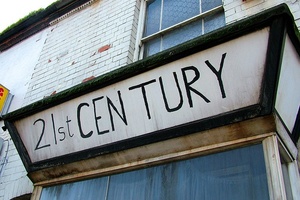 For more than a year, Representatives Diana DeGette (D-CO) and Fred Upton (R-MI) of the House Energy and Commerce Committee hosted congressional hearings and nationwide town hall meetings to gather momentum for a bill they introduced in early 2015. Often bringing in people (including children) to give testimony about their particular disease or illness and the lack of available treatment or cure options, they spoke of a need to dramatically change our system for approving new drugs to help patients. Today’s voices of people living with conditions for which few treatments exist, arguing that the problem lies with overly stringent regulatory policies that delay access to promising therapies, are reminiscent of those during the early years of the HIV/AIDS epidemic. According to many of the House Energy and Commerce Committee press statements, the 21st Century Cures Act (H.R. 6) would “accelerate the pace of cures in America” because “health research is moving quickly, but the federal drug and device approval apparatus is in many ways the relic of another era.” But does this legislation help very sick patients, or does it help pharmaceutical and medical device companies do less rigorous research in order to increase their profit margins?

In early July, the House overwhelmingly approved H.R. 6, which the sponsors suggest will create “pathways to cures” by “speeding innovation.” Title I of the bill does this by increasing National Institutes of Health (NIH) funding for five years, supporting young researchers to work on cures, and creating a global pediatric clinical trials network, all of which are worthy efforts to promote the development of new therapeutics. But they come at considerable cost: the bill includes a host of directives that would perilously limit the Food and Drug Administration’s (FDA’s) ability to require evidence of safety and efficacy for new drugs and medical devices.

The Senate has yet to take up this bill, though there are reports it will be releasing companion legislation in mid-October. TAG, in collaboration with a number of public-interest and patients groups including Public Citizen, the Center for Health Research, and Breast Cancer Action, is strongly urging Senate leaders to cast aside House provisions rolling back the FDA’s ability to ensure that only safe and effective drugs and medical devices make it to market. TAG also actively supports the NIH portions of the House bill and encourages the Senate to focus on increasing spending on research for rare conditions as the true path toward developing new cures.

There are several provisions of H.R. 6, however, that do less to create cures and more to strip regulatory power from the FDA.

Pharmaceutical companies with drugs and biologics approved for one indication—a particular disease—must presently conduct additional safety and efficacy clinical trials if they wish to see their product approved for another indication. H.R. 6 would end that. It would force the FDA to come up with guidance on how companies could market or disseminate information on a product’s off-label uses. Examples might include advertisements and other materials promoting drugs to treat conditions for which they have not been adequately evaluated. Physicians, however, already have significant latitude with prescribing medications off-label. For example, tuberculosis (TB) patients may be prescribed antibiotics that aren’t FDA approved for TB, including clofazimine, kanamycin, levofloxacin, linezolid, and moxifloxacin.

The bill also gives substantial weight to a slew of soft indicators of safety and efficacy following phase II trials—biomarkers, surrogate markers, patient testimonials, case studies, etc.—instead of hard, gold-standard measures (e.g., disease-free survival) used in phase III studies to support drug approvals. In 2012, the FDA approved bedaquiline, the first new antibiotic for multidrug-resistant TB in over 40 years, under its accelerated approval program for diseases that have an unmet need. The drug was approved after phase II trials, using microbiologic endpoints, showed efficacy in combination with other TB drugs. There were, however, some serious safety signals, including more deaths in the bedaquiline group, compared with those who received placebo.

While TAG supported the accelerated use of bedaquiline, it has also worked closely with the Global TB CAB, Janssen Pharmaceuticals, and the FDA to ensure that a sound phase III clinical trial is conducted—along with other studies—to address safety concerns and confirm clinical efficacy. The FDA is authorized to withdraw approval of bedaquiline, or greatly restrict its use, if the manufacturer fails to complete these requirements or the requested studies fail to confirm the drug’s safety or efficacy.

Larger phase III trials must remain a core practice of our regulatory system to protect the public from unsafe and ineffective drugs. Under the current version of H.R. 6, it is possible for manufacturers to skirt phase III trials, which could leave patients vulnerable to unsafe or costly, clinically meaningless drugs and devices.

Running afoul of evidence-based antibiotic-resistance control practices, the bill also encourages hospitals (through higher Medicare reimbursement rates) to use newer antibiotics, with little regard to whether the newer and more expensive treatments are medically preferable to older drugs, many of which are available as generics. Additionally, the legislation counters other attempts to better control infections that are increasingly becoming less susceptible to virtually all available antibiotics, as outlined in President Obama’s new plan to tackle antimicrobial resistance (AMR). One of the goals of the Obama AMR plan is to curb the overuse of antibiotics in our health care and agricultural systems, which we know is contributing to the proliferation of drug-resistant bacteria.

Without question, we urgently need new medicines to treat a range of diseases, both domestically and internationally. But this need will not be addressed by changing our regulatory system, as H.R. 6—along with several other bills, including the PATH and ADAPT Acts, currently under discussion—proposes. The TB epidemic, largely overlooked by the pharmaceutical industry and the U.S. general public, underscores the great need for increased investment in research and development (R&D), the failure of regulatory incentives to secure such investment (see “The FDA’s Concession Conundrum”), and the dangers of further deregulation of pharmaceutical development.

TB still kills as many people as HIV around the world, and 9 million people a year fall sick with TB. In the United States, those numbers are much smaller, yet with about 10,000 cases of TB disease per year, we are still far from our national goal of TB elimination. More than 11 million people in this country—approximately four percent of the total population—are infected with the bacteria that cause TB; about 10 percent will go on to develop active disease if untreated. Drug-resistant TB is on the rise, and treating just one case can cost from $150,000 to $1.5 million.

TB treatment is lengthy and difficult, spanning six months to two years. Most drugs we use to treat TB are difficult to tolerate and can cause permanent and debilitating side effects such as hearing loss and painful nerve damage. The treatment we have for drug-resistant TB isn’t very effective, with cure rates hovering at about 50 percent.

The need for safer, cheaper, more effective, and faster treatment options for TB is abundantly clear. Bedaquiline’s approval after a four-decade drought in TB drug development highlights failures in our system to encourage R&D for neglected diseases—not failures in our regulatory system. In fact, it exemplifies how current FDA pathways are sufficient to allow for early patient access to new drugs.

Largely through the activism of ACT UP, TAG, and other treatment activists in the late 1980s and early 1990s, processes to get experimental treatments to people with no other options through compassionate use and expanded access already exist. In addition, a range of regulatory incentives for drug development have existed for over 35 years, including the Orphan Drug Act and the Prescription Drug User Fee Act (PDUFA). PDUFA has helped increase staffing at the FDA to expedite reviews and approvals of new drugs and devices, and nearly every reauthorization since its inception in 1992 has broadened the ability of the agency to approve drugs faster.

To stimulate the development of safe and effective drugs for treating TB and other diseases, we must aggressively fund research efforts to create incentives where the private market fails to do so. The creation of new and more lax approval pathways won’t attract more research in TB and other diseases, but it will mean that any product that receives FDA approval will have an incomplete or unknown safety and efficacy profile.

As pharmaceutical development becomes increasingly governed by shareholder returns, greater pressure is being put on reducing R&D costs and getting more drugs to market to boost company profits. However, this should not override government regulatory agencies’ duty to ensure that the public’s safety and overall health is given the highest priority. Otherwise we may be creating the foundations for a 21st Century Crisis.

The final bill should include only the Title I portions of the current draft that direct more funding and support to the NIH. Our ability to find “21st Century Cures” for life-threatening illnesses will rely less on relaxing regulation and more on R&D in basic science, drugs, vaccines, and cures.

Depending on the legislative future of H.R. 6, a handful of more narrowly focused bills are waiting in the wings of both houses of Congress. All are primarily concerned with scaling up approval of new drugs and biological products designed to tackle antibiotic resistance, and all avoid the one major strength of the 21st Century Cures legislation: the need for additional funding to ramp up research and discovery, particularly for neglected diseases.

The Helping Effective Antibiotics Last (HEAL) Act of 2015 does not create a new, expedited approval pathway. And it strongly defends the use of sound clinical trial data to support approval, as opposed to the Antibiotic Development to Advance Patient Treatment (ADAPT) Act of 2013 (reintroduced as Section 2121 of the 21st Century Cures Act) and the Promise for Antibiotics and Therapeutics for Health (PATH) Act of 2015, which endorse the use of undefined alternative endpoints and other limited data sets. Yet it remains unclear whether HEAL will significantly improve treatment options for people with HIV, TB, or hepatitis C.

With thanks to Geoffrey Martello for his analysis and table draft comparing PATH, ADAPT, and HEAL.