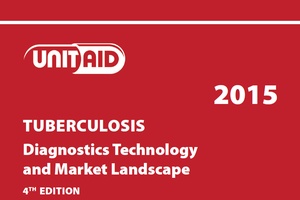 GENEVA, 18 October 2015 – More than 50 companies are actively developing new products to diagnose tuberculosis (TB), a disease that killed 1.5 million people in 2013, but many countries still rely on older sputum-based methods, according to a report published by UNITAID.

Rapid and accurate diagnosis of TB is vital for timely initiation of treatment. However, many people infected with the disease do not have access to adequate means of diagnosis.

Of 9 million people who fell ill with TB in 2013, only 6.1 million cases were reported to national TB programs, WHO data show. This means 3 million people with TB were ‘missed’ and did not receive a diagnosis.

Access to diagnosis for people with multidrug-resistant TB (MDR-TB) and for children with tuberculosis is particularly challenging. More than 70 percent of all people estimated to have MDR TB were not detected in 2013. Most conventional tests struggle to identify the disease in children, a highly vulnerable population.

The report notes that despite a promising pipeline of new diagnostic tools, including molecular diagnostics and nucleic acid amplification test technologies, there was a relative absence of non-sputum based diagnostics on the horizon for children, among other areas of high unmet need.

The also report reviews the most recent data on Xpert’s impact, as well as looking at related unmet needs more broadly.