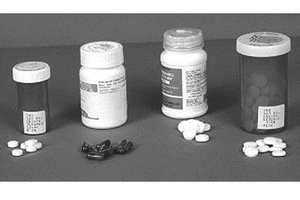 Two 4-month treatment regimens containing moxifloxacin were less effective than the standard 6-month regimen for drug-sensitive tuberculosis (TB), even though they produced a more rapid decline in bacterial load, according to results from the REMoxTB trial, which were presented in a poster session at the 54th Interscience Conference on Antimicrobial Agents and Chemotherapy this week in Washington, DC, and published simultaneously in the September 7 New England Journal of Medicine.

"The 4-month regimens cannot be recommended for uncomplicated smear-positive tuberculosis," said Stephen Gillespie of the University of St Andrews Medical School in Scotland.

Standard TB treatment involves the use of 4 drugs: rifampin, pyrazinamide, isoniazid, and ethambutol given for 2 months, followed by a rifampin/isoniazid continuation phase for a additional 4 months. But this regimen is not without side effects, and given the prolonged course of therapy -- which persists well beyond the point when people start to feel better -- ensuring adherence has been a challenge that has long preoccupied TB control experts.

The drugs in the standard treatment regimen were developed more than 40 years ago and, until recently, there was little drive to develop new and better TB drugs that might improve upon the regimen. However, drugs with potent anti-TB activity -- including the fluoroquinolone antibiotics -- have been developed for other uses, so researchers began to explore whether any of these could be used to shorten the duration of TB therapy.

The preliminary findings on moxafloxacin were promising. The drug has a favorable pharmacokinetic profile and good penetration into macrophages and tissues that harbor Mycobacterium tuberculosis. In vitro and animal data showed quite potent anti-TB activity, and mouse models, in particular, suggested that combination regimens incorporating moxafloxacin could reduce the duration of treatment. Early bactericidal activity studies also suggested that moxafloxacin could achieve a very rapid decline in M. tuberculosis load.

However, at least one study suggested that switching to moxafloxacin did not significantly enhance the bactericidal effect compared with standard therapy, and at least 2 other studies of fluoroquinolones to shorten TB treatment have generated disappointing results.

The REMoxTB trial was performed to assess whether moxafloxacin could be substituted for other agents to shorten the course of TB treatment.

The study compared standard therapy -- isoniazid and rifampicin for 26 weeks, supplemented by ethambutol and pyrazinamide for the first 8 weeks -- against 2 experimental treatment arms:

The study randomized 1931 participants with drug-sensitive TB at 50 sites in China, India, Kenya, Malaysia, Mexico, South Africa, Tanzania, Thailand, and Zambia. There were no significant differences in baseline characteristics in any of the arms. Only 7% of participants in each arm were HIV positive.

A number of patients were excluded from the modified intent-to-treat analysis if they were found to have resistance to moxifloxacin or rifampin or to have been reinfected with TB. The per-protocol analysis was considered to be the primary efficacy analysis, however, and it excluded participants who were lost to follow-up or changed treatment for reasons other than failure, or who had inadequate treatment or other major protocol violations.

Earlier during the course of treatment, one might not have predicted these results. Time to culture-negativity, or inability to detect bacteria in both solid and liquid media, were significantly shorter for both experimental arms compared to the control arm (hazard ratios ranged from 1.17 to 1.25). However, the proportion of patients who relapsed after culture-negative status -- the most common cause of treatment failure -- was higher in both moxifloxacin arms. Culture-negative status at 18 months also favored standard treatment.

The safety data for the moxifloxacin regimens were mixed. While there was no increase in cardiac toxicity (a concern with moxifloxacin), the shorter treatment regimens did not significantly reduce the overall number of serious adverse events, with 123 reports of grade 3 and 4 adverse events in the control arm (19%), 127 in the INH arm (also 19%), and 111 in the ETH arm (17%).

These findings suggests that even more potent treatment needs to take a while to eliminate M. tuberculosis from all its hiding places -- or perhaps that more additional potent anti-TB drugs must be used in combination in a shortened regimen.

TB drug development is an expensive and time-consuming undertaking, and there is a competition for the resources involved. Consequently, the study authors suggested that the REMoxTB results raise questions about how decisions are being made about which combinations of the many potential new TB drugs should go forward in larger clinical trials. Many of these decisions are being informed by predictions from mouse models of TB treatment, which do not seem to be consistently borne out in human trials.

"The mouse model may have over-predicted the sterilizing potency of moxifloxacin in this regimen," Gillespie and colleagues wrote.

"More important is the observed poor predictability of culture conversion for long-term outcomes," they continued. "Although 2-month culture conversion is associated with relapse-free cure, this observed correlation in populations is not strong enough to reliably predict outcomes for individual patients or definitively guide regimen selection in drug development, re-emphasizing the importance of the content and duration of treatment in the following weeks."