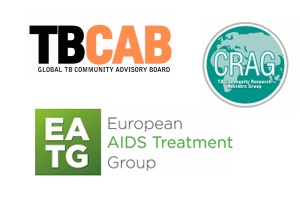 The letter points out that this experimental regimen is based on a shortened regimen of multiple drugs only tested in observational studies, only one of which has been published to date in peer-reviewed literature and was severely flawed. The modified Bangladesh regimen is markedly different from both the WHO and the U.S. Centers for Disease Control and Prevention (CDC) recommended strategy for treating MDR-TB, and cannot be recommended before being tested in any randomized controlled trials (hence the need for STREAM I). Assumptions about the modified Bangladesh regimen’s non-inferiority over the current standard of care are therefore necessarily speculative. The letter finds it problematic that a regulatory authority could agree with such an assumption. If STREAM I fails to show the modified Bangladesh regimen’s non-inferiority to the current standard of care, hundreds of patients in STREAM II will have been enrolled meaninglessly in a scientifically unsound and unethical study comparing bedaquiline-containing arms to an unacceptable regimen.

“We fear the EMA and FDA’s laxity in allowing an experimental regimen to serve as a control arm for a registration trial of a new drug jeopardizes good science and ethical research, and sets a dangerous precedent for future TB trials.”

The open letter can be downloaded from here.

You can download the European Medicines Agency (EMA)'s response to the open letter from here (September 26, 2014).