ACTION: From rhetoric to reality: An analysis of efforts to scale up the response to TB-HIV

A new research report from ACTION global health shows that joint TB-HIV activities are neglected by HIV programs and overwhelmingly carried out by TB programs, and that global guidelines to address TB-HIV have not been prioritized by leading donors and affected countries. 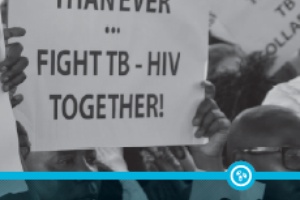 The report was released at the 2014 International AIDS Conference in Melbourne, Australia.

Originally developed in 2004, World Health Organization’s (WHO) 12 guidelines on collaborative TB-HIV activities act as global direction on TB-HIV integration efforts. This is the first time a comprehensive study across multiple countries and donors has examined the extent to which these guidelines have translated into policy and programing realities.

The report includes specific recommendations for the Global Fund, PEPFAR, DFID, the World Bank, national HIV Programs, and national TB Programs to scale up their efforts to fight the dual epidemics of TB and HIV.