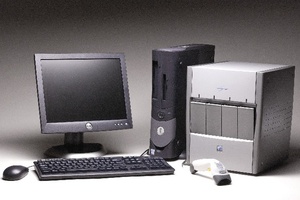 In the discouraging and growing landscape of drug-resistant tuberculosis, physicians, researchers and policy makers have noted, the launch of Cepheid’s GeneXpert MTB/RTF rapid TB diagnostic test has stood alone in both the progress against the disease that it brought, and its potential to bring greater progress when rolled out on a massive scale. Detecting disease at considerably lower concentrations than the most commonly used method, delivering reliable results in hours rather than weeks, and revealing the presence of disease resistant to first line treatment, between the World Health Organization’s endorsement of the devices in 2010, and the end of the first quarter of 2012, nearly 864,000 individual testing cartridges had been procured. And while concerns remained about the price of the tool — each cartridge costing $16.86, and machines that use them costing $17,500 and more — analyses of results delivered among more than 7,000 people validated expectations, showing the test discovered disease among more than two thirds of samples in which it had been missed by the older, cheaper method. The announcement of a negotiated price cut in August 2012 that brought the cost of cartridges down to $9.98 brought hopes for faster, easier uptake of the GeneXpert in the countries with high rates of drug resistant tuberculosis where it is needed most. That negotiated cut, an open letter to Cepheid Chief Executive Officer John Bishop from Treatment Action Group and Global TB Advisory Board says, has led to the procurement of more than 4.2 million cartridges.

The letter also, though, notes significant obstacles to GeneXpert being adopted and commonly used. While the letter begins by asking the company to further drop the price of the cartridges, and cites earlier requests to drop the price of the machines from their current cost of $17,000 to $17, 500, it also points to large pricing discrepancies that put the price of cartridges highest where their use is critical. Public health centers in Russia, where drug resistant TB rates are among the highest in the world, are paying $60 per cartridge rather than $9.98, the letter says, while cartridges in China are being sold for nearly $50 each. The cost of the machines in China runs as high as $180,000, according to the letter. The letter also says that the machines are registered with China’s Food and Drug Administration, but the cartridges have not, also limiting their widespread uptake.

The letter, in addition, cites  costs for warranties on the machines that add from $6,800 to more than $20,000 to the cost of the devices and that with potential equipment failures in the first two years, lock buyers in for three years “knowing that new technologies and potential fast followers are only three to five years away.”

Cepheid hasn’t responded to requests for comments from Science Speaks, but in comments following a GHDonline discussion Cepheid marketing representative Martin Colla wrote that he would reply to the letter in the “near future.”