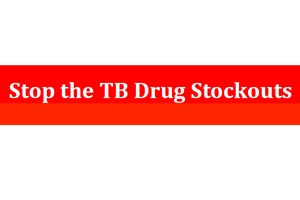 TB patients, civil society and TB organisations gathered on Wednesday (June 26) at Nirman Bhawan, New Delhi to protest against the ongoing stockouts of TB medicines that have led to treatment interruptions across the country. This summer, there have been persistent stock-outs resulting from a deadly delay in the annual tendering and procurement of TB medicines by the Central TB Division.

A continuous, sustainable supply of quality-assured medicines is vital for TB patients to have even half a chance of being cured. In India, it is the responsibility of the Central TB Division in the Health Ministry to ensure the uninterrupted supply of drugs to the whole country. “As a part of the right to health, a constitutional guarantee to all persons in India, it is the government’s obligation to ensure that the quality TB medicines are accessible and available in sufficient quantity within the country,” said Anand Grover, Director, Lawyers Collective HIV/AIDS unit.

TB medicine shortages are being reported from Andhra Pradesh, Bihar, Maharashtra, Nagaland and other areas, even as the Health Minister on last Friday (June 21) issued a press statement denying that there are stockouts which prevent people from starting or continuing TB treatment.

But in reality, the Health Ministry is finally placing emergency orders for paediatric doses of TB medicines and RNTCP has written to the states to procure certain TB medicines locally. Emergency approval to procure medicines locally has been given to the states but this has its own set of problems. Besides fragmenting the market and destroying pooling power, procurement is disorganized and not always on time.

“In the past one year, we had written several times to RNTCP and the Health Ministry warning about the imminent stockouts,” said Blessina Kumar, Patient Advocate and Vice Chair, Stop TB Partnership. “Senior officials of the Health Ministry have been unwilling or unable to arrange the timely procurement of TB drugs on which lives depend. We will not be held hostage to official incompetence or negligence; patients have the right to treatment,” she adds.

“Medicine stockouts have tangible consequences. Stopping TB medicines doesn’t have an immediate effect. You’re not going to feel sick the same day, but it increases your chances of becoming resistant to the medicines. And so the real effects of these multiple interruptions are only going to be seen much later when patients start failing treatment,” said Dr. Anil Cherian from, Emmanuel Hospital Association, representing India Partnership for TB Care and Control at the protest.

The protests were organised by a coalition of individuals, activists and civil society organisations from across the country. They say that we face a choice: to let patients die quietly at home or to draw the attention of the media and the government to the persistent problems surrounding procurement of TB drugs.

“We are here today to demand answers from the Health Ministry and RNTCP. Why did they let this happen and what are the measures being taken to restore the normal drug supply to the states. We insist on more transparency and monitoring around procurement of TB medicines by the Central TB Division,” said Cassius Singh, TB patient from SAHARA - Centre for Residential Care & Rehabilitation, who joined the protest.

Health activists participating in the protest submitted a memorandum to the Ministry of Health, Secretary and RNTCP officials.