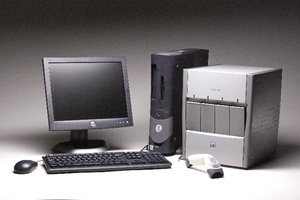 Funds provided by this partnership will reduce the cost of Xpert MTB/RIF cartridges from $16.86 to $9.98, a price which will not increase until 2022. The effective date of this price decrease is August 6, 2012.

To date, the high unit cost of Xpert® MTB/RIF cartridges produced by the medical device manufacturer Cepheid has proven a barrier to their introduction and widespread use in low- and middle-income countries. The new agreement will immediately reduce the cost of cartridges used to diagnose TB by more than 40 percent.

In December 2010, the World Health Organization (WHO) recommended the Cepheid product, known as Xpert MTB/RIF assay, which is run on Cepheid's GeneXpert platform. Until Cepheid developed the Xpert MTB/RIF assay, the only method used in most laboratories in developing countries was smear microscopy, a technique first developed in the 1880s by the German bacteriologist Robert Koch that requires visual detection of the TB bacterium under a microscope.

Smear microscopy is particularly insensitive for diagnosing TB in patients who are co-infected with HIV. It also does not help clinicians detect the presence of drug-resistant strains of TB. The limitations of traditional smear microscopy, along with the cost and long delays to receive culture results, have limited the ability to diagnose and treat TB and drug-resistant forms of the disease.

Cepheid's GeneXpert is a molecular diagnostic system that can detect TB disease in patients co-infected with HIV and resistance to the antibiotic rifampicin – a widely accepted indicator of the presence of multi-drug resistant TB – in less than two hours. The system also can be used outside of conventional laboratories because it is self-contained and does not require specialized training.

Because TB is the leading cause of death among people living with HIV in Africa, greater access to this test offers a significant advance in the capacity of health care workers to diagnose TB quickly and help reduce TB transmission, the development of TB disease, and premature TB deaths.

The capacity of the Xpert MTB/RIF assay to yield a rapid and accurate diagnosis has the potential to improve TB diagnosis and treatment in rural clinical settings. A large percentage of people with TB disease fail to start treatment promptly because of the long wait for results of older conventional tests and the need for them to return to the clinic, which may be far from where they live. Using the GeneXpert system, clinics in poor and rural settings can deliver rapid diagnosis and immediately start patients on appropriate treatment, including
second-line drugs in cases of drug-resistant.

Research suggests that the incremental scale up of GeneXpert in countries with high TB burdens could allow for the rapid diagnosis of 700,000 cases of TB disease and save health systems in low- and middle-income countries more than U.S. $18 million in direct health costs.