Recent advances in biomedical HIV, hepatitis C virus, and tuberculosis prevention and treatment are not reaching those who need them most; Political leaders continue to break domestic, global health commitments. 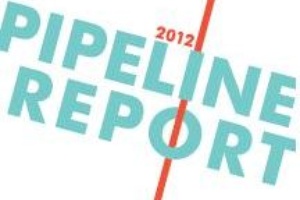 WASHINGTON, D.C., July 21, 2012 – On the eve of the XIX International AIDS Conference in Washington, D.C., a new report by HIV i-Base (U.K.) and Treatment Action Group (TAG) (U.S.) reveals the deepening gulf between new scientific advances that make it possible to prevent, treat, and in some cases cure people living with HIV, hepatitis C virus (HCV), and tuberculosis (TB), and access to these where they are most needed. According to Polly Clayden of i-Base and Mark Harrington of TAG, “the abundance of promising advances documented in this year’s i-Base/TAG 2012 Pipeline Report may seem unattainably out of reach to many of the millions of people who need them most. It will be the task of the activists, implementers, policy makers, and scientists attending this year’s International AIDS Conference...to work together to turn the tide so that everyone who needs high-quality treatment and prevention interventions for the global HIV, hepatitis C virus (HCV), and tuberculosis pandemics receives them.”

Pointing to the recent dramatic demonstration that earlier anti-HIV therapy can reduce transmission of the virus by 96% among stable sexual partners with differing HIV status, Clayden and Harrington comment, “Three papers published in the past year provide the scientific, public health, and policy framework for accelerating the response to the HIV pandemic such that within a few years the spread of HIV can be reversed, saving millions of lives and billions of dollars, using existing antiretroviral therapy earlier and more broadly around the world. The only thing holding us back is the lack of economic and political leadership at the highest levels.”

The authors point out that while 7 million people are receiving lifesaving HIV treatment, the new scientific results indicate that up to 27 million more will need such therapy to realize the promise of earlier treatment for both individuals and public health. More preliminary results also suggest that targeting HIV prophylaxis for high-risk HIV-negative individuals can also prevent transmission, when administered in well-organized and comprehensive prevention programs, as indicated by the U.S. Food and Drug Administration (FDA) approval, earlier this month, of the first two-drug combination licensed for HIV prevention. Still more preliminarily, a single patient, Timothy Brown, has been cured of HIV infection after receiving an immune system transplant with stem cells genetically resistant to HIV. Brown has remained off HIV treatment for more than five years with no ongoing HIV replication detected.

There are many promising new HIV therapy candidates in the pipeline, as indicated in Simon Collins’s article on adult antiretrovirals, with at least 15 new drugs and combinations in phase II and III studies. In her article on the pediatric HIV pipeline, Polly Clayden demonstrates that some sponsors have made significant progress in more rapidly developing new drug options for children living with HIV. “Accelerating the regulatory approval gap between rich countries and poor ones, and between adult HIV approvals and pediatric availability, is one of the most important recommendations in this year’s Pipeline,” commented Clayden. “Children and people in developing countries should be given the best chance for durable responses to therapy, with 21st-century drugs, not forced to take second-class, toxic, and inferior drugs from the 1990s just because they are cheaper or were developed first.”

Nathan Geffen of South Africa’s Treatment Action Campaign (TAC) emphasizes the many years that can elapse needlessly between approval of new HIV drugs in Europe and America and their availability in countries such as South Africa, which has both the world’s largest HIV epidemic and its largest HIV treatment program. He points out that regulatory inefficiency by South Africa’s Medicines Control Council (the country’s equivalent of the FDA) delays both the opening of critical clinical trials and the approval of safer and more effective new drugs.

Richard Jefferys covers this year’s groundbreaking FDA review of Truvada for preexposure HIV prophylaxis (PrEP), HIV cure research, and the ongoing struggle to discover and develop safe and effective vaccines to prevent HIV transmission. For the first time in three decades, there are concrete indications that progress is at hand in biomedical HIV prevention, vaccination, and cure.

Moving to the hepatitis C virus (HCV) pandemic, which affects over 160 million people worldwide and is the leading cause of death among people with HIV in America and Europe, Tracy Swan and Karyn Kaplan provide a sweeping overview of the explosive developments in HCV combination therapy and cure, with over 25 direct-acting antivirals (DAAs) in development for HCV. Last year’s regulatory approvals of the first two protease inhibitors to treat HCV marked the cutting edge of a tidal wave of new DAAs, oral treatments for HCV that can cure more cases than ever before, sometimes without the former therapy backbone of peginterferon alfa, which is both expensive (over US$20,000/year) and highly toxic. The HCV DAA revolution makes it possible for the first time to envisage eradication of HCV—which has no natural animal hosts, and can be cured in some cases in just a few months with two or three DAAs—in the coming two decades. Swan and Kaplan caution that currently infrastructure and reimbursement mechanisms to cover treatment and care costs for people with HCV are lacking almost everywhere, and must be rapidly expanded to treat and cure the millions who are living with HCV.

Tuberculosis research has undergone a renaissance, particularly in TB drugs and regimens, but hardly a revolution (unlike HCV). Erica Lessem shows significant progress in new TB drug and regimen development, with two new drugs—bedaquiline from Janssen and delamanid from Otsuka—being filed with regulators for accelerated approval to treat drug-resistant forms of TB; the first two novel combination studies in decades having been started by the TB Alliance; and a two-drug, twelve-dose, curative regimen newly recommended by the U.S. government for prevention of latent TB infection (LTBI). As slow progress in TB diagnostics and vaccine research reveals, investment in TB research is far too low to permit rapid progress.

“We call on political leaders worldwide to step up implementation of new scientific discoveries to bridge the global and domestic prevention and treatment gaps,” concluded Clayden and Harrington.

and as an interactive web report at:

HIV i-Base is a London-based HIV treatment activist organization. HIV i-Base works in the United Kingdom and internationally to ensure that people living with HIV are actively engaged in their own treatment and medical care and are included in policy discussions about HIV treatment recommendations and access.

The Treatment Action Group (TAG) is an independent AIDS research and policy think tank fighting for better treatment, a vaccine, and a cure for AIDS. TAG works to ensure that all people with HIV receive lifesaving treatment, care, and information. We are science-based treatment activists working to expand and accelerate vital research and effective community engagement with research and policy institutions. TAG catalyzes open collective action by all affected communities, scientists, and policy makers to end AIDS. TAG is a nonprofit, tax-exempt 501(c)(3) organization.