Open letter to the Medicines Control Council and Ministry of Health on urgent need for compassionate use of bedaquiline for XDR-TB and pre-XDR-TB in South Africa. 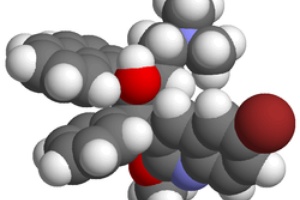 Re: Open letter to the Medicines Control Council and Ministry of Health on urgent need for compassionate use of bedaquiline for XDR-TB and pre-XDR-TB in South Africa

We urge you to take action to expedite compassionate use access for bedaquiline (TMC207) for persons with drug-resistant strains of tuberculosis in South Africa. Access to improved medicines to treat extensively drug resistant tuberculosis (XDR-TB) and pre-XDR-TB[1] is essential given the enormous public health threat that the drug-resistant TB epidemic exemplifies.

As you know, drug-resistant TB is a serious problem in South Africa, and the few treatment options that exist are only efficacious for a few patients, have major toxicity issues and are often unavailable.

Patients have died, and are dying, and will continue to die because current drugs are failing to cure XDR-TB save for in a select few patients. Bedaquiline is the first TB drug in a new class to have been developed in 60 years. We agree with experts from the medical field that bedaquiline should be provided to select patients, to whom it offers the opportunity to be cured when no other options exist.

We want these patients to be offered bedaquiline before it is too late. “Compassionate use” is a means by which patients meeting strict criteria could access bedaquiline.  Compassionate use exists in many countries, including South Africa, and is endorsed by the World Health Organization as a priority for addressing the XDR-TB epidemic.

We congratulate the August 2011 decision by the Medicines Control Council (MCC) to provide Médecins Sans Frontières (MSF) with authorization to administer the compassionate use of bedaquiline in terms of Section 21 of the Medicines and Related Substances Act 101 of 1965 (“the Medicines Act”).

We are concerned, however, that it appears that the MCC has since made verbal statements to Janssen Infectious Diseases (formerly known as Tibotec), the developer and distributor of bedaquiline, that have rendered the status of this authorization unclear. It appears that because of these statements, Janssen Infectious Diseases will not distribute the drug until there is clarity from the MCC that compassionate use for TMC 207 should in fact go forward.

Extensive efficacy, safety and pharmacokinetic data from two multi-center, Phase II studies on multi-drug resistant TB—which included South African participants and participants with XDR-TB—provide clear evidence that bedaquiline is appropriate for compassionate use. Adding bedaquiline to a five-drug MDR-TB background regimen in a 24-week randomized, controlled clinical trial resulted in a significantly faster median time to culture conversion compared with background therapy alone (12 weeks vs. 18 weeks), and in a significantly higher sputum conversion rate (79% vs. 58%). A separate open-label study added bedaquiline to an individualized drug resistant TB regimen in 438 participants, resulting in a 79.5% culture conversion rate at week 24, with median times to culture conversion of 12 weeks for patients with pre-XDR-TB and 24 weeks for patients with XDR-TB.[2]

Adverse events in participants on bedaquiline in both studies were not common, and mainly consisted of nausea, arthralgia and hyperuricaemia.1 Bedaquiline’s potential for improving cure rates and shortening treatment for drug-resistant TB in select patients through compassionate usefar outweigh any safety concerns, especially as evidence indicates that bedaquiline’s safety profile is far superior to that of many existing second-line treatment options.

Moreover, bedaquiline has been safely provided to 48 patients in ten countries, including four South African patients.

The global community of advocates for TB-infected and TB-affected people implores you to use the best available scientific evidence and sound judgment to definitively permit and expedite the compassionate use of bedaquiline in South Africa.

Please direct your response to the TB CAB regarding these concerns to Erica Lessem (erica.lessem@treatmentactiongroup.org, +1.212.253.7922) and Nathan Geffen (nathangeffen@gmail.com, +27.84.542.6322). Given the urgent need for action on this issue, we respectfully request your response by 11 May 2012.

For the Global Tuberculosis Community Advisory Board (TB CAB)

[1] Pre-extensively drug resistant tuberculosis (pre-XDR-TB) is defined as multi-drug resistant TB with resistance to a fluoroquinolone and an injectable agent.

You can download from here the Medicines Control Council's response to the open letter (April 26, 2012).