Goal is to find new treatment that takes months, not years, and cures multiple forms of tuberculosis. 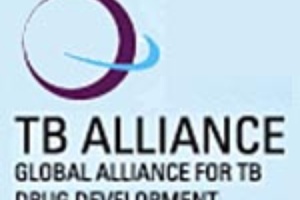 In an ambitious effort to stem the dangerous tide of tuberculosis (TB) and deadly drug-resistant TB around the world, TB Alliance today announced that it has launched a first-of-its-kind Phase II clinical trial to test a novel drug combination – in both patients who have TB, and those who have multidrug-resistant TB (MDR-TB).

TB is a leading global killer. Each year, 1.4 million people die from the disease, while nearly 9 million more contract it. The current treatment is old and inadequate, and the disease is becoming increasingly resistant to available drugs. Today, 650,000 patients around the world suffer from MDR-TB, and that number is expected to continue to rise. Most MDR-TB patients are unable to access adequate treatment due to the complexity and high cost of treatment. Among the small numbers of people who do receive treatment, 1 in 3 will still not be cured.

“There is new momentum and new hope in TB research – as shown by this and several other novel regimen trials that will soon be launched,” said Mel Spigelman, MD, President and CEO, the TB Alliance. “This novel TB drug regimen has the potential to unlock a new and more efficient approach to tackling TB. In essence, it’s a step toward erasing the distinction between TB and MDR-TB—and in the process, dramatically shortening, simplifying, and improving treatment.”

Currently, someone with ordinary TB must take a course of drugs daily for six months, while those with MDR-TB must take a daily injection for the first six months and a dozen or more pills each day for 18 months or more. Around the world, many patients fail to complete treatment because they can no longer tolerate the difficult side effects of the medications or can’t adhere to the long treatment, leading to drug resistance, be it MDR-TB, or even extensively drug-resistant TB (XDR-TB).

The novel regimen being tested could shorten the length of required treatment to as little as four months in both patients with TB and some forms of drug-resistant TB. For those drug-resistant patients, this completely oral regimen could reduce treatment time by more than 80%, increase the efficacy of treatment, and cost just a fraction of today’s MDR-TB treatment.

“The current TB treatment takes too long—and all around the world, patients needlessly suffer because today’s treatment is completely inadequate,” says Francis George Apina, a TB/HIV advocate working with Network of Men Living with HIV/AIDS in Kenya. “I applaud the TB Alliance for their work to advance new TB regimens and help patients with TB, MDR-TB, and HIV/TB get back to work, and restore their health and their lives, faster.”

This trial builds on the TB Alliance’s two-week New Combination 1 trial, or NC-001, initiated in 2010, which was the first study to test novel TB drugs in combination. The newly launched Phase II trial, New Combination 2 (NC-002), advances the regimen of new TB drug candidates PA-824 and moxifloxacin in combination with pyrazinamide, an existing antibiotic commonly used in TB treatment. NC-002 treats patients for two months and will take place at 8 sites in South Africa, Tanzania, and Brazil, and will advance global capacity for TB trials along with the new innovative approach to TB drug development.

Today, the crude classifications of TB, MDR-TB, and XDR-TB describe patients’ broad drug-resistance profiles, but within each designation exist many different resistance patterns. Because of the frequent unavailability of accurate resistance testing, many health care providers can’t or don’t identify the correct form of the disease, leading to improper treatment. One way to overcome this challenge is the development of completely novel regimens. Completely novel regimens, with little or no pre-existing resistance, would be effective against all forms of TB, and therefore eliminate the need to classify or treat TB in these categories—dramatically simplifying and enabling global scale-up of treatment.

Because the regimen being tested in NC-002 is projected to be effective against both TB and several forms of MDR-TB, NC002 represents an important stepping stone toward the ultimate goal of removing the barrier between treatment of TB and drug-resistant TB. With appropriate use of drug-sensitivity testing, NC-002 offers a new paradigm in TB treatment (but one used widely in the broader field of antibiotic research) - treating patients with the drugs to which they are sensitive, rather than based on what they are resistant to.

About the Global Alliance for TB Drug Development (TB Alliance):

TB Alliance is a not-for-profit organization dedicated to finding faster-acting and affordable drug regimens to fight tuberculosis. Through innovative science and with partners around the globe, we aim to ensure equitable access to faster, better TB cures that will advance global health and prosperity. The TB Alliance operates with funding from the Bill & Melinda Gates Foundation, Irish Aid, the United Kingdom Department for International Development, the United States Agency for International Development, and the United States Food and Drug Administration. For more information, please visit tballiance.org