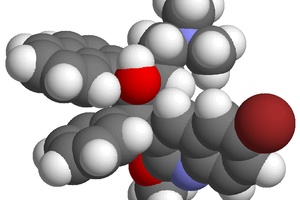 NEW YORK, NY, U.S. – Treatment Action Group (TAG) applauds the accelerated approval today of bedaquiline, the first new approved drug to treat tuberculosis (TB) in over forty years, by the U.S. Food and Drug Administration (FDA). The drug has the potential to improve the treatment for multidrug-resistant (MDR) TB, a particularly deadly and hard-to-treat form of TB that affects over a million people worldwide, and from which only about half of patients who are treated recover.

“By granting accelerated approval of bedaquiline, the FDA has sent a clear signal that there is hope for people with MDR-TB, and that fighting TB is a priority,” commented Mark Harrington, executive director of TAG. “Over one million people need new TB drugs this year, and the FDA’s approval shows that there is a clear regulatory pathway for approving new TB treatments and regimens. In order for bedaquiline to continue to be effective, and lives to be saved, we will need new, safer, better companion drugs. This historic occasion must mark a new beginning for TB drug development.”

Although bedaquiline appears effective at killing TB bacteria quickly in early and mid-stage clinical trials of people with MDR-TB, Nathan Geffen from activist group Treatment Action Campaign in South Africa—one of the highest TB- and MDR-TB burden countries—urges caution in regard to its safety. “The drug is necessary for urgent cases where patients have few treatment options,” said Geffen. “But it is essential that phase III trials be conducted to ensure the drug’s safety and benefit in terms of survival.”

TAG, and TB activists more broadly, called for the FDA to require appropriate phase III trials—especially those that include HIV-positive TB patients taking antiretrovirals, who have not yet been studied on the drug—quickly and thoroughly. Studies of bedaquiline in children, and drug interaction studies with other new and existing drugs in the TB and HIV pipelines, are also necessary.

Bedaquiline’s sponsor, Janssen Infectious Diseases BVBA, must also commit to carrying out these studies rapidly. They also must price the drug so that it is accessible in both the low- and middle-income countries that disproportionately bear the burden of TB, and the low-incidence settings where TB programs receive few resources.

For bedaquiline to make an impact in preventing unnecessary TB deaths and suffering, regulators in other countries must swiftly build their capacity to review and approve new drugs, and enable them to reach those in need as quickly as safety permits. Countries must also build their capacity to roll out new drugs for MDR-TB—currently, less than five percent of those with MDR-TB receive proper treatment.