Pretomanid receives FDA approval in combination regimen with bedaquiline and linezolid for people with XDR-TB or treatment-intolerant/non-responsive MDR-TB. 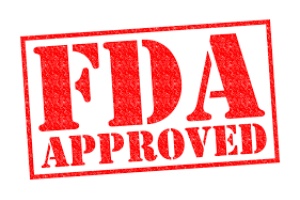 On 14 August 2019, pretomanid, developed by non-profit TB Alliance, was approved by the U.S. Food and Drug Administration (FDA) under the Limited Population Pathway for Antibacterial and Antifungal Drugs (LPAD pathway) as part of a three-drug, six-month, all-oral regimen for the treatment of people with extensively drug-resistant TB (XDR-TB) or multidrug-resistant TB (MDR-TB) who are treatment-intolerant or non-responsive (collectively “highly drug-resistant TB”).

The TB Alliance's full press release can be accessed here.
The FDA’s announcement can be read here.

While all shared the excitement over the prospect of shorter, simpler treatment for highly drug-resistant forms of TB, advocates called for additional research and equitable access.

“… given the limited evidence supporting the drug’s [pretomanid] contribution to the regimen—in contrast to the other two drugs [bedaquiline and linezolid], whose potency against TB are relatively well-characterized—and the small and uncontrolled design of the trial on which the FDA’s decision was based, many questions remain about pretomanid and of the bedaquiline-linezolid-pretomanid regimen (referred to as the Nix-TB regimen or BPaL). TAG is especially concerned about how this approval has the potential to reduce regulatory standards for the development of future TB drugs and regimens intended to optimize the safety, duration, and efficacy of treatment regimens for DR-TB [drug-resistant TB].”