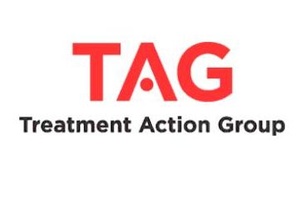 DNP+ and Acharya lodged pre-grant patent oppositions with the Indian Patent Office in Kolkata on November 5, 2019. The oppositions contest the granting of two patents applied for by Sanofi: one on a combination of rifapentine and isoniazid formulated for adults, the second on a child-friendly, water dispersible formulation of these drugs designed for young children. Isoniazid and rifapentine have separately each been approved and on the market since 1952 and 1998, respectively.1

Indian activists opposing the patents are arguing that Sanofi’s patent claims are not a new invention but simply the combination of two existing drugs. They say such patent claims by Sanofi are aimed at blocking Indian generic manufacturers from entering the market and keeping control over the supply of new TB preventive therapies to TB and HIV programs. The oppositions seek to ensure that the Indian Patent Office correctly applies patentability examination standards to reject Sanofi’s patent applications.

When used together, isoniazid and rifapentine form the 3HP regimen, a preventive treatment with the potential to avert millions of cases of TB, especially among vulnerable populations such as people living with HIV (PLHIV) and children. According to the World Health Organization, a mere 17% of PLHIV newly diagnosed and enrolled into HIV care in India received TB preventive therapy in 2018—most received an older regimen consisting of isoniazid taken alone.2  3HP is a shorter regimen with less liver toxicity than isoniazid alone.3 Co-formulating rifapentine and isoniazid will make 3HP even easier to take, but granting patents on these combinations could limit the regimen’s availability and affordability by blocking access to generic competition until 2033/2034.

"PLHIV are 20 times more likely to get TB than the general population. Treating TB infection is a critical cog in the wheel to end AIDS. The Indian Patent Office should speedily reject Sanofi’s attempt to patent 3HP—a combination of two old TB drugs. We cannot afford to allow frivolous patents to block generic competition that could further lower prices for improved TB prevention for kids and adults,” said Jai Prakash, president, DNP+.

Ganesh Acharya remarked, “We have seen that nearly 70% of patents granted in India are bogus–they did not meet the criteria according to the Indian law.4 Therefore, as a TB/HIV activist, I have to intervene before the patent office to ensure that public health is not compromised in the interest of Big Pharma. People are dying of TB in my city Mumbai.”

The patent oppositions are especially important given the development history of rifapentine and isoniazid. Isoniazid was never patented, and the primary patent on rifapentine expired decades ago. Moreover, the safety and efficacy of the 3HP regimen was demonstrated in clinical trials primarily funded by public research networks.5

“Rifapentine and isoniazid are public goods,” said Mike Frick, TAG TB project co-director. “Sanofi is not the innovator behind rifapentine, but instead the beneficiary of public funding. The idea that the company is now seeking monopoly control over the combination of two decades-old medicines in the public domain shows that the patent system is broken; the idea of patents on combinations of medicines should be opposed.”

In the coming weeks, TAG will release a 3HP Access Roadmap dedicated to analyzing Sanofi’s patent filings on 3HP regimen combinations in countries across the world. The Roadmap aims to encourage civil society organizations in other countries to follow the example of DNP+, Acharya, and TWN by opposing these patents in order to safeguard the equitable availability and affordability of 3HP for all people at risk of TB.

For more information on 3HP and patent oppositions, contact:

About TAG: Treatment Action Group (TAG) is an independent, activist and community-based research and policy think tank fighting for better treatment, prevention, a vaccine, and a cure for HIV, tuberculosis, and hepatitis C virus. TAG works to ensure that all people with HIV, TB, and HCV receive lifesaving treatment, care, and information. We are science-based treatment activists working to expand and accelerate vital research and effective community engagement with research and policy institutions.

About 3HP: 3HP is a WHO-recommended regimen of rifapentine (900 mg) and isoniazid (900 mg) for the treatment of TB infection taken once a week for 12 weeks. Treatment of TB infection is referred to as TB preventive therapy (TPT) and is one of the most powerful ways to prevent TB. The advantages of 3HP over the older standard of care of isoniazid alone (isoniazid preventive therapy) include shorter duration, less liver toxicity, simpler adherence, and higher completion rates. Rifapentine is currently available as a 150 mg single tablet from a single supplier (Sanofi). In October 2019, Unitaid and the Global Fund announced a deal with Sanofi to discount the price of the

rifapentine component of 3HP to US$15 per patient course for 100 countries. In the absence of patent barriers, generic competitors can develop and supply fixed-dose combinations and child-friendly formulations of rifapentine and isoniazid. With generic competition and high volumes, the price of 3HP could fall to as low as US$10 per patient course, including outside the 100 countries in the agreement signed with Unitaid and the Global Fund. For more information on 3HP, please consult TAG’s An Activist’s Guide to Rifapentine for the Treatment of TB Infection.

[1] The U.S. Food and Drug Administration approved isoniazid in 1952 and rifapentine in 1998 (though rifapentine was first synthesized much earlier in the 1960s).

[4] Ali F, Rajagopal S, Raman V, John R. Pharmaceutical patent grants in India: how our safeguards against evergreening have failed, and why the system must be reformed. New Delhi: accessibsa; 2018. https://accessibsa.org/media/2018/04/Pharmaceutical-Patent-Grants-in-India.pdf.

[5] Frick M. An activist’s guide to rifapentine for the treatment of TB infection.