The Union releases a report, Silent Epidemic: A Call to Action Against Child Tuberculosis, calling for urgent action to protect children from TB. 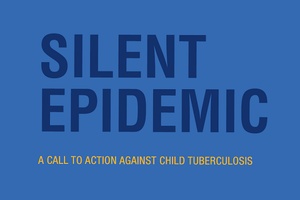 Empowering local health workers can save up to 250,000 lives each year.

GENEVA, 23 May 2018 – The International Union Against Tuberculosis and Lung Disease (The Union) published a new report today, “Silent Epidemic: A Call to Action Against Child Tuberculosis”, calling for urgent action to protect children from tuberculosis (TB). Worldwide, one million children under the age of 15 develop TB and 239,000—nearly one in four—die annually. Yet most of these deaths are treatable and preventable with simple, cost-effective public health measures.

This massive toll of deaths among children results from systematic disregard for children’s rights to health. Within global public health, it is an open secret that health systems neglect children with TB because children are less contagious than adults—stopping the spread of TB is a priority—and because the standard tools used to diagnose TB work less well in children.

“Children with TB rarely die when they receive standard treatment for the disease, but 90 percent of children sick with TB worldwide are left untreated,” said Dr. Paula I. Fujiwara, Scientific Director, The Union. “This neglect can no longer be excused on grounds of economy or expediency. TB is preventable, treatable, curable. The continuing medical neglect of child TB, resulting in millions of avoidable deaths, constitutes a human rights violation by any reasonable measure.”

Ending the child TB epidemic requires local interventions, sensitive to social and cultural context, to reach at-risk children using simple tools for active screening and diagnosis. Even in resource-limited areas, projects like DETECT Child TB, spearheaded by The Union, are demonstrating that medical professionals can be equipped with the knowledge and tools to diagnose and treat TB in children, with access to care provided at the community level.

“By following a simple process to screen, diagnose and treat children in households with adults suffering from TB, we have been able to make a tremendous impact in a short space of time,” said John Paul Dongo, Director of The Union’s Uganda office. “In Uganda, where this intervention was implemented, diagnosis of Child TB cases more than doubled, with the proportion of child TB cases increasing from 7.4 percent at baseline to 17 percent, we have also achieved 82 percent success in treating children diagnosed with TB, up from 65 percent. Screening households where an adult is diagnosed with TB to see if children have been exposed in the home must become the standard implemented everywhere. Where The Union has piloted this approach in Uganda, 72 percent of at-risk children were able to receive preventive TB treatment, up from less than 5 percent previously.”

In the long run, greater investment in research and development needs to deliver better diagnostics, treatments and an effective vaccine that prevents TB. To be a success, the UN High Level Meeting on TB in September 2018 needs to generate concrete action, where governments are held accountable for achieving time-bound targets, for investing in new research and delivering the care to which all children with TB have a fundamental right.

“The public health sector cannot end the TB epidemic alone, because TB is driven by economic and demographic factors as much as it’s driven by health factors,” said José Luis Castro, Executive Director of The Union. “We are dealing with an airborne disease that is becoming increasingly resistant to the few antibiotics we have to treat it, and children are bearing some of the worst impacts. We simply cannot continue like this. Heads of State are the only leaders with the power and influence to mobilise resources to end the epidemic. They must act.”

About The International Union Against Tuberculosis and Lung Disease (The Union)

The Union is a global scientific organisation with the mission to improve health among people living in poverty. We do that by conducting scientific research, working with governments and other agencies to translate research into better health for people around the world, and delivering projects directly in the field. The Union is made up of a membership body of people around the world who help to advance our mission, and a scientific institute that implements public health projects within countries. For close to 100 years, we have been leaders in the fight against some of the world’s biggest killers, including tuberculosis, lung diseases and tobacco use.

By International Union Against Tuberculosis and Lung Disease