On World TB Day, 5,000 members of the Treatment Action Campaign, partner organisations, health professionals and responsible citizens marched to Parliament in Cape Town demanding that MPs get tested for TB, and that Parliament holds government departments to account on TB. 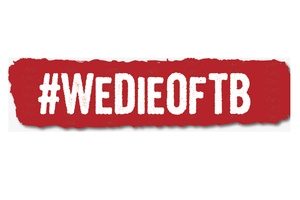 March 24, 2015 -- 5,000 members of the Treatment Action Campaign (TAC), partner organisations, health professionals and responsible citizens are marching to Parliament in Cape Town today - World TB Day 2015. We will ask all Members of Parliament to show their solidarity with us by getting tested for TB.

A recent report published by the South African National AIDS Council estimated that 119,000 people in South Africa died of TB in 2012 – this while TB is entirely curable. The World Health Organisation has estimated that there was 530,000 new TB infections in South Africa in 2012. Rates of hard to treat multi-drug-resistant TB (MDR-TB) have increased from 7,000 cases in 2007 to over 14,000 cases in 2012. These numbers are likely to increase given the difficulty of treating MDR-TB and the high transmission rates in correctional facilities and in poor communities.

“We know that many of us marching today will die of TB,” said Anele Yawa, General Secretary of the TAC. “It is our brothers and sisters, our friends, our parents, our comrades, who die of TB. We call on Members of Parliament to heed our call to fight this epidemic. They can start showing their solidarity by getting tested.”

The Desmond Tutu TB Centre has kindly offered to provide parliamentarians with TB tests free of charge outside Parliament where a mobile testing site will be set up.

The TB emergency in South Africa has attracted world-renowned musical icon and anthropologist Johnny Clegg to join TAC in fighting the epidemic. Today a partnership between the two was announced to both support the TAC’s campaign to create greater awareness and political commitment to stopping TB and to raise money for the organisation.

“I decided to join the fight against TB because it is possible to combat and eradicate this disease if we all are aware of it and how it manifests itself,” said Clegg. “It’s hard to accept a world which turns a blind eye to TB simply because it mostly affects poor people. For this reason I have decided to engage with and to play a part in our national struggle against TB. I am inviting you to do the same.”

In the run-up to World TB Day TAC members in the Free State, Kwazulu-Natal, Limpopo and Mpumalanga conducted a snap survey of infection control in healthcare facilities. Our members scored 9 of 52 facilities green for infection control, 22 orange and 21 red (See scoring criteria here). While this is by no means a scientific survey and the results are not generalisable, it does suggest that infection control is a significant problem in many public sector clinics. As a result we included in our memo to parliament a call for a full audit of public buildings to assess whether sufficient infection control measures are in place.

In our memo we also demand that parliament must hold the executive to account for its response to TB. This includes demands specific to six portfolio committees and their related departments.

You can read the full memorandum of demands here.

For more information on TB see our factsheet here: http://www.tac.org.za/sites/default/files/TB%20Factsheet%202015.pdf