Patients, doctors and members of civil society meet with government experts to plot a course for quickly reforming South Africa’s patent laws, so that people can access the life-saving medicines they need at affordable prices. 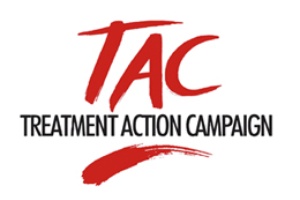 October 20th, 2014—PRETORIA: Patients, doctors and members of civil society meet today with government experts to plot a course for quickly reforming South Africa’s patent laws, so that people can access the life-saving medicines they need at affordable prices. The National Summit on Intellectual Property (IP) and Access to Medicines in Pretoria was organised by the Treatment Action Campaign (TAC) which is leading the “Fix the Patents Laws’ coalition of 13 other civil society organisations.

“My husband took out two loans amounting to R70,000 and my father felt it was his duty to work overseas in order to help pay for this drug I needed, linezolid,” said Andaleeb Rinquest, who is completing her treatment for extensively drug-resistant tuberculosis. “The government needs to fix the patent laws so people and their families do not go broke trying to pay for life-saving medicines.”

One year ago, the public comment period closed on the government’s Draft National Policy on Intellectual Property. The draft policy outlined bold reforms which, once implemented, would limit abusive pharmaceutical patent monopolies in South Africa. If reforms go ahead, new laws would lower drug prices for individuals and government by eliminating unnecessary patents and stimulating competition from generic drug companies. Multiple deadlines announced by the Department of Trade and Industry (DTI) for finalising the policy have come and gone in the past year.

While the PharmaGate plot was publically exposed and widely criticised, the plot’s stated aim of delaying the process was nevertheless achieved. At the same time, nearly 50,000 people worldwide have signed on to petitions supporting the government to resist industry pressure and prioritise patent law reform.

“Our government has to show whether they serve the people of South Africa, or the multinational pharmaceutical companies behind the PharmaGate plot. Section 27 of the Bill of Rights in the Constitution places a legal obligation on the state to put the health of the people first,” said TAC General Secretary, Anele Yawa. “While we wait for patent law reform, South Africans go without medicines that could save their lives.”

Doctors also spoke out at the Summit today. “I can’t offer entecavir to patients with hepatitis B & kidney disease—it costs over R4700 per month,” says Dr. Monique Andersson. “Only eight patients in the entire country access entecavir, but hundreds could benefit from less expensive alternatives if South Africa stopped granting further patents on this drug.”

At the Summit, activists presented government representatives with copies of an open letter to President Jacob Zuma and the Minister of Trade and Industry, signed by over 80 organisations and individuals from across the globe, including the former United Nations Special Envoy for HIV/AIDS in Africa, Stephen Lewis, and Nobel Prize winner in Physiology or Medicine, John Sulston.

The open letter demonstrated strong support for the government to resist industry pressure, as it had done in the past when 39 multinational pharmaceutical companies took Nelson Mandela’s government to court over amendments to the Medicines and Related Substances Control Act. The letter encouraged President Zuma to have his government immediately finalise an IP policy that prioritises the lives and wellbeing of its people over the private interests of pharmaceutical companies.