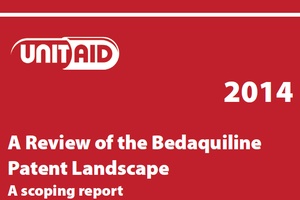 The World Health Organization (WHO) estimates that a third of the world’s population is latently infected with Mycobacterium tuberculosis. In 2012, there were an estimated 8.6 million incident cases of tuberculosis (TB), with 12 million prevalent cases, 940 000 deaths among HIV-negative people, and 320 000 deaths among HIV-positive people. Most cases (58%) were in the WHO South-East Asia and Western Pacific regions, while the WHO African Region had 27% of the world’s cases. Despite being curable, TB claimed the lives of 1.3 million people in 2012.

TB treatment has become more complex, particularly with the emergence of multidrug-resistant (MDR) strains of Mycobacterium tuberculosis. There were approximately 450 000 new cases of multidrug-resistant tuberculosis (MDR-TB) worldwide in 2012. MDR-TB is resistant to the two most commonly used TB drugs, isoniazid and rifampicin. It requires extended treatment with second-line drugs that are less effective and have more adverse effects than isoniazid- and rifampicin-based regimens.

Given the emergence of MDR-TB, and the need to shorten treatment duration, new drugs are required. The last of the current anti-TB treatments - rifampicin - was introduced in 1963. Since then, research for new TB treatments had largely come to a halt. However, in recent years the pipeline for potential new TB treatments has started to look more promising than it has for the past 50 years.

Currently there are six compounds that generate interest:

2. Sequella Inc’s investigational compound SQ109 - SQ109 has been identified as a possible candidate for enhancing the treatment of TB and for treating MDR-TB.

3. AstraZeneca’s investigational compound AZD5847 - AZD5847 has been identified as a possible new treatment for drug-susceptible TB and/or for MDR-TB.

4. Pfizer’s investigational compound sutezolid - sutezolid has been identified as a possible new treatment for drug-susceptible TB and MDR-TB.

5. Otsuka Pharmaceutical’s delamanid - in November 2013, the Committee for Medicinal Products for Human Use (CHMP) of the European Medicines Agency granted a conditional marketing authorization for delamanid (marketed under the brand name Deltyba) for the treatment of MDR-TB.

6. TB Alliance’s investigational compound PA-824 - PA-824 has been identified as a possible new treatment for drug-susceptible and MDR-TB.

Here are the links to six UNITAID reports exploring the patent landscapes and possible access issues relating to these drugs: