The Union: Guidelines for the clinical and operational management of multidrug-resistant tuberculosis

The guide offers clear, practical advice on how to manage the patients who have multidrug-resistant tuberculosis. 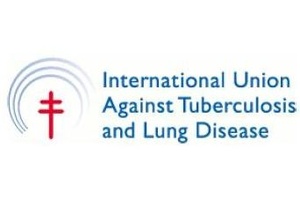 21 March 2013 / Paris, France – The International Union Against Tuberculosis and Lung Disease (The Union) is marking World TB Day this year by publishing a new guide that offers clear, practical advice on one of the trickiest aspects of "stopping TB" – how to manage the estimated 310,000 patients who have multidrug-resistant TB (MDR-TB).

Statistics on multidrug-resistant and extensively drug-resistant (MDR-/XDR-) TB make the challenge clear. The number of cases in the 27 high-burden MDR-TB countries doubled between 2009 and 2011. Of those estimated to have these forms of TB, only 1 in 5 receives appropriate treatment, and the treatment success rate is usually less than 60% (less than 50% for XDR-TB). XDR-TB has now been reported in 84 countries.

"Urgent action is needed", says Dr Josè A Caminero, lead author of The Union's Guidelines for the Clinical and Operational Management of Multidrug-Resistant Tuberculosis. "But the first important message that we want to send to both patients and everyone tasked with managing TB patients is that, with good clinical and operational case management, all forms of drug-resistant TB (DR-TB) have the potential for cure, including those cases with a very extensive pattern of resistance".

Based on The Union's 93-years of working in the field, the new guide tackles the challenges of fulfilling each patient's potential for cure from both the clinician's and the programme manager's perspective. For example, it details how drug resistance develops, diagnosis which drugs the patient is resistant to, the strengths and weaknesses of different diagnostic and treatment approaches and the clinical impact of factors such as HIV co-infection, other co-morbidities and pregnancy. But it also covers how to build an MDR/XDR-TB programme and issues faced by national TB programmes, such as case finding, infection control, social support, managing supplies of first- and second-level TB medicines and ethical questions and controversies. Throughout the guide the message is clear that the best way to prevent MDR/XDR-TB is to build a good national TB programme with sound management of patients with drug-sensitive tuberculosis.

The Union constantly stresses the dual need for clinical and operational excellence in all of its work with countries struggling to manage MDR-TB. "Good clinical care alone is not enough, says Dr Nils E Billo, Executive Director of The Union. "It must be partnered at every stage with successful operational management".

As Dr Thomas Frieden, Director of the US Centers of Disease Control and Prevention, said in an 8 March Wall Street Journal article on the challenge of TB control along the US–Mexican border: "No programme can treat MDR-TB faster than a bad programme can make MDR-TB".

"The problem arises in defining the best approach because this upsurge of drug resistance has created a new epidemic with practically no evidence to support one treatment protocol over another", says Caminero. "While the international recommendations are quite valid and must be followed as closely as possible, there remain many questions and doubts about the daily management of these patients."

One important goal of the new guide is to discuss these controversial aspects in depth to ensure that patients receive the best standard of care.

Read the guide Guidelines for the Clinical and Operational Management of Multidrug-Resistant Tuberculosis.

The publication was made possible thanks to the support of the US Centers for Disease Control and Prevention’s Coordinating Office for Global Health and National Center for HIV, Viral Hepatitis, STDs and TB Prevention.

The Union will run a "Tweet TB" campaign from Thursday 21 through Monday 25, March. Join us by signing up to follow The Union on Twitter at @TheUnion_TBLH and retweet the tweets that will be posted throughout the weekend.

About the International Union Against Tuberculosis and Lung Disease (The Union)

The Union has been at the centre of the global fight against TB since it was founded in 1920. Today it offers technical assistance, provides technical and management training and conducts research to advance TB control efforts around the world. Staff and consultants from its 13 offices work with more than 70 governments and hundreds of NGO partners each year. In addition, The Union’s network includes 15,000 members and subscribers from 152 countries. Its scientific departments focus on tuberculosis and HIV, lung health and non-communicable diseases, tobacco control and research. Learn more at www.theunion.org.

By International Union Against Tuberculosis and Lung Disease