A team from Stellenbosch University's Desmond Tutu TB Centre will be monitoring 200 children at the Brooklyn Chest Hospital in Cape Town over the next five years in a potentially groundbreaking trial. 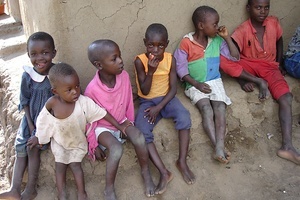 Researchers are hoping that new studies will ultimately improve treatment for the increasing number of children in the Western Cape that have contracted multidrug-resistant (MDR)TB.

"We're looking at the side-effects of the cocktail of drugs children need to take, what dose we should be giving them and the interaction between antiretrovirals and TB," says Professor Simon Schaaf, who is co-leading the study.

About eight percent of children who display TB symptoms have MDR-TB, a resistant form of tuberculosis that is difficult and expensive to treat.

Children have to endure painful injections, take a battery of drugs and usually have to stay in hospital for at least six months.

The medication can be life-saving. Schaaf says as long as there's dedicated treatment, the prognosis for a cure for MDR-TB is better for children than for adults. But the drugs are not child-friendly and can have side-effects ranging from severe nausea to loss of hearing. Over 20% of children on MDR-TB treatment have some hearing loss and some may become deaf.

Schaaf says they are trying to prevent this by regular hearing testing. If loss of hearing is a risk, then they will change the drugs if it's feasible.

"We need to tailor the treatment to children. We know the right dose for adults to get to the right blood levels to be cured of MDR- TB. But what dose do you give a two-year-old? We're looking at different children on a different combination of drugs. What are the genetic considerations? Are there some kids who are more prone to hearing loss? How can we make these drugs safer for children. These are thethings we're looking at," says Schaaf.

Director of Paediatric Research at the Desmond Tutu TB Centre, Anneke Hesseling, says the current drugs are not designed for children, as they're far too big, difficult to swallow and taste terrible. It's also hard to break them up to get the exact dosage.

"These drugs have been around for ages. For MDR-TB, we've been using the same drugs for decades," says Hesseling.

The team at the Desmond Tutu TB Centre, in collaboration with the University of Cape Town, is determined to work towards better treatment and drugs for children who have MDR-TB.

Based on research and evidence, the two universities have already made an international breakthrough in getting the World Health Organisation to change their recommendations for the correct dosage of first-line anti-TB drugs for children.

"There's a huge participation rate in South Africa. We need to know the effects on adults. If you can cure TB in adults, then it should be just as effective for children," says Hesseling.

"For too long children have been neglected. It's a great opportunity to start changing this," adds Schaaf.

Mothers like Nobuntu Mahlatshana from Crossroads would be grateful for shorter and better treatment. Her four-year-old daughter, Siyamthanda, has been on treatment for MDR-TB for 15 months and spent six months in the Brooklyn Chest Hospital.

She says Siyamthanda was treated with great care there, but it was a long road to recovery.

"I cried a lot when I visited her, as it was hard leaving her at hospital. She had to have five or six different kinds of pills, which I crushed every day and mixed with joghurt. She used to vomit a lot when she took them. Now that she's well, she's stopped the pills, but she refuses to have that kind of joghurt!"

Mahlatshana is grateful that Siyamthanda survived MDR-TB through dedicated treatment. "Thanks to the doctors and nurses, she's very strong now. She's stopped coughing and has gained weight. She's a happy little girl."

Its success stories like that of Siyamthanda that inspire both of them. But Schaaf says new and better drugs that could be tailored for children would be the real breakthrough.

"It's an exciting time for childhood TB. After 50 years of silence, there may be new TB drugs and at last, a better outcome for children."