Tuberculosis is the number one killer of Africans in South Africa, according to the latest South Africa Survey, published by the South African Institute of Race Relations in Johannesburg last week. 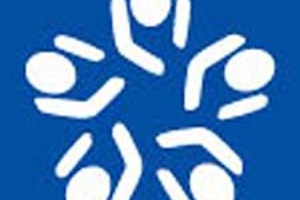 The leading cause of death among Africans is tuberculosis (TB), followed by influenza and pneumonia, and intestinal infectious diseases such as cholera.

Coloured people also die predominantly from TB, but this is followed by diabetes mellitus and chronic lower respiratory diseases. This is according to data sourced from Statistics South Africa in November 2010 and analysed in the Survey.

Ms Lerato Moloi of the research department at the Institute said that when looking at the causes of death for each population group, it is important to note that socioeconomic conditions play a significant role. ‘Heart disease is often linked to unhealthy lifestyles associated with middle and upper-class living standards, whereas intestinal infectious diseases, such as cholera, are linked to things such as contaminated drinking water typically associated with poor living standards.’

While HIV is among the top ten leading causes of death for Africans, this is not the case for coloured people, Indian people, or whites. Since TB is an opportunistic disease of HIV, this may explain why the TB mortality rate is so high among Africans.